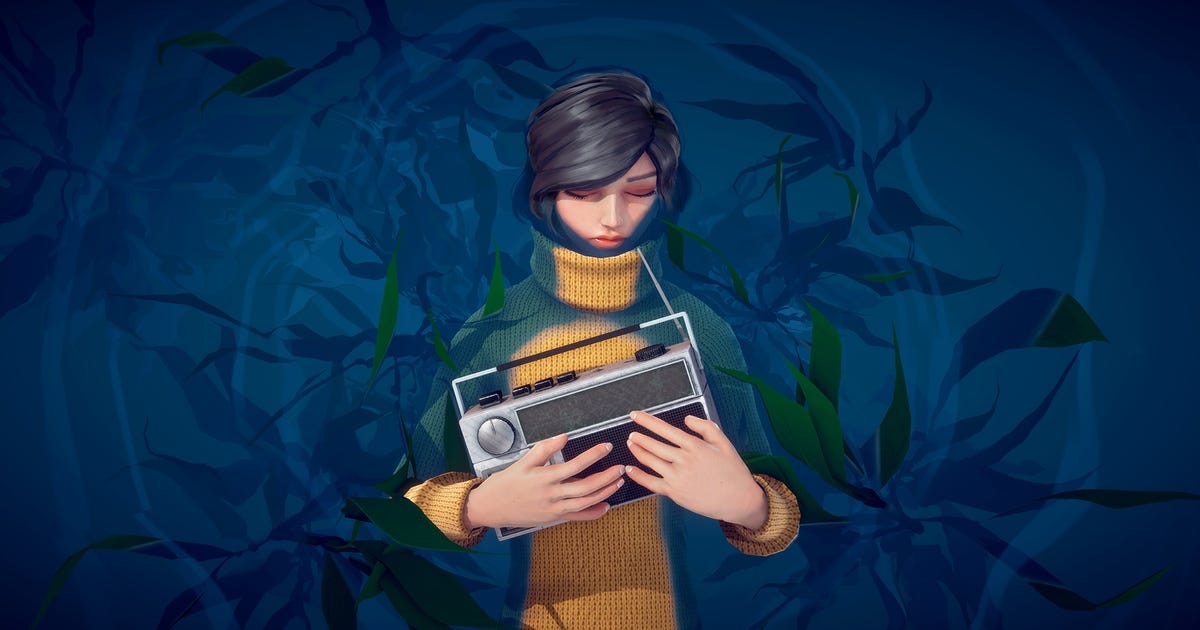 My favorite video games center on thought-provoking narratives that strike an emotional note with the player, and no one does that quite like Annapurna Interactive. The studio’s newest game, A Memoir Blue, is no different. A Memoir Blue tells the story of Miriam: a young, successful swimmer who begins to look back on memories with her mother. Players quite literally dive into Miriam’s mind and swim through a dream-like environment to help uncover memories and reconnect with her mother.

A Memoir Blue is the debut game from developer Cloisters Interactive, published by Annapurna, and it’s worth checking out — especially if you like puzzle games or emotional narratives.

The game uniquely presents an intricate narrative; it’s definitely not a game to miss. Water plays a huge role in the gameplay, with the player being able to literally (within the framework of the game) dive into the character’s mind and her memories. Though it’s a short play, A Memoir Blue kept me engaged with its creative approaches to puzzle-solving. As Miriam swims deeper into her past, you must move debris, wipe away muddied surfaces, unpack boxes and rip up overgrowth to access items and memories.

A Memoir Blue juxtaposes Miriam’s present and past selves as you progress through the game.

Through those memories, the game conveys big emotional themes without a word of dialogue. It examines the love between a mother and daughter, the uncertainty of starting a new life and themes of growing up, resentment, understanding and forgiveness.

I was wholly unprepared for the emotional chord this game struck in me. As Miriam pieced together her past, I thought about my own. As the final moments of the game played out, tears streamed down my cheeks. I felt a new understanding of my own mother’s sacrifices and struggles when I was growing up, a sharp pang of guilt for how often youth obscured reality, as well as an appreciation for the relationship my mom and I have now.

A Memoir Blue wants to help its players heal

The big emotions in A Memoir Blue are grounded in reality: The game’s narrative is based on Cloisters CEO Shelly Chen’s memories with her own mother. What Chen originally perceived as a simple day trip, she later learned was her mother’s attempt at running away from Chen’s father. Miriam’s journey in the game explores Chen’s recollection of the escape through the innocent lens of childhood.

Water is a key element in the story of A Memoir Blue.

“I didn’t realize this until many years later, as an adult, when I discovered some of the reasons for my parents’ divorce,” Chen told me via email. “It was shocking to realize the romanticism of youth and how age can change your perception of things. I was inspired by this concept and how it might translate into an interesting game.”

A Memoir Blue offers a fresh story in an industry that predominantly features and caters to white men. According to Chen, the lack of representation in the industry does a disservice to gamers, as well as artists and coders who want to work in gaming.

“Everybody has the right to pursue their dreams and the game industry has to catch up to accommodate the underrepresented,” Chen said.

While she considers herself lucky as a female developer, Chen said her early career wasn’t without its challenges. There were instances where she was given duties outside of her normal responsibilities, which often included entertaining investors and playing hostess. According to Chen, she still faces adversity as a female studio head, but the positive responses outweigh the negatives.

Whatever challenges players have faced in their own lives, Chen hopes that games like A Memoir Blue can help them heal from trauma and appreciate life’s beauty in a world where it’s increasingly easy to feel disillusioned and isolated.

Every moment of A Memoir Blue feels carefully thought out. I never felt like I was just being herded from one puzzle to another.

“A Memoir Blue brings a unique experience to players, as each chapter of the game explores different methods of storytelling,” Chen said. “I hope that players finish the game with a refreshed feeling, as though they have worked their way through a conflict and had the weight lifted from their shoulders.”

A Memoir Blue is a gorgeous journey with intricate game mechanics and an equally compelling, emotional story that will leave you thinking about it long after you’ve finished playing. The game is available now for iOS, Xbox Game Pass, Xbox Series X/S, Xbox One, PS4, PS5, Nintendo Switch and PC.

Check out the trailer here: