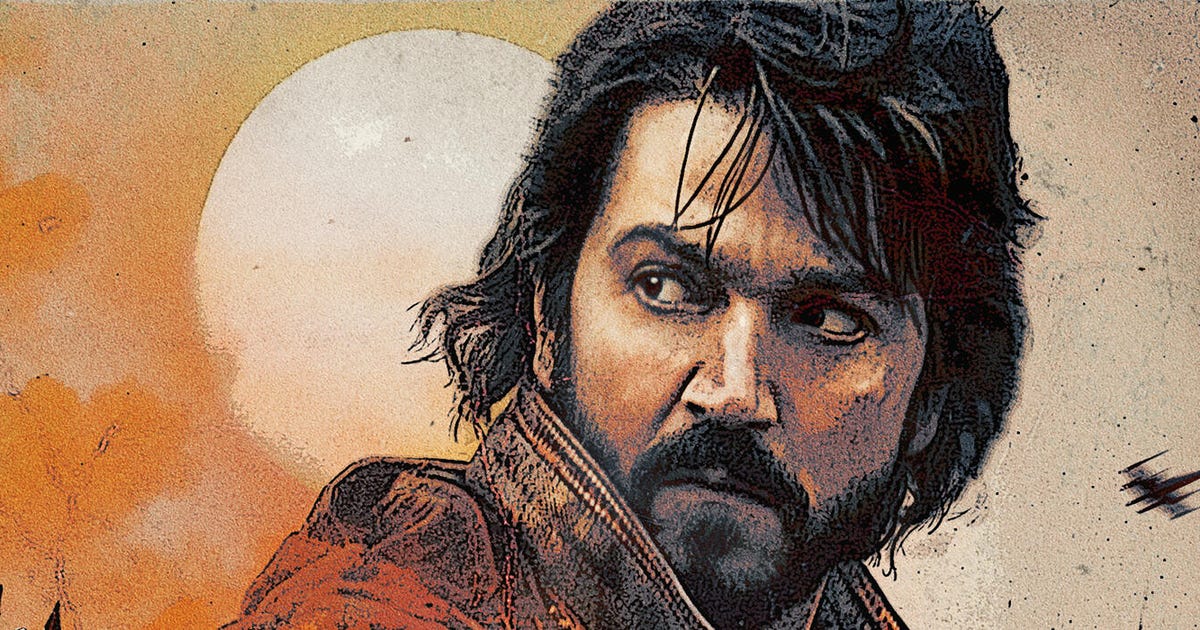 Andor’s first three episodes land on Disney Plus on Wednesday, Sept. 21, giving us a galaxy-size helping of the new Star Wars show. This Rogue One prequel series dives into the backstory of the morally questionable Cassian Andor (Diego Luna), who’ll go on to become a hero of the Rebel Alliance as it faces down the Galactic Empire.

Since this show is set five years before Rogue One (itself a prequel to original Star Wars movie, A New Hope), Cassian isn’t quite the freedom fighter we know he’ll become. The Rebel Alliance hasn’t formed yet either; it’s just a scattered bunch of rebel cells making feeble efforts against Emperor Palpatine’s totalitarian regime.

Andor isn’t your typical Star Wars show. Instead of the usual lightsaber-wielding space wizards, assaults on planet-killing battle stations, or armored Baby Yoda dads, it focuses on the dark reality of living under the Empire, and the dangers of standing up to oppression. These are the harsh corners of the universe that series creator and writer Tony Gilroy revels in, having previously written the first four Bourne movies and co-written Rogue One).

Rejoining Luna in a galaxy far, far away is Genevieve O’Reilly as future Rebel Alliance leader Mon Mothma (a role she previously played in Revenge of the Sith, Rogue One and CGI animated series Rebels). Coming to the Star Wars universe for the first time are Adria Arjona as Cassian’s loyal friend Bix Caleen, Fiona Shaw as his adoptive mother Maarva, and Kyle Soller as Syril Karn, an uptight security inspector determined to hunt down our hero.

I got the chance to have fun chats with O’Reilly, Arjona, Shaw and Soller over Zoom about exploring a new side of Star Wars; where their characters fit in; and — most importantly of all — what equipment they reckon their action figures should come with.

Here’s a transcript of our conversations, edited together for clarity.

Q. This is the most grounded Star Wars effort we’ve ever seen. Why do you think it was important to take that approach with this show?Soller: Rogue One had elements of ’70s thriller, action film, but also was really gritty and human. In one of the first scenes, Cassian shoots one of his friends — for the sake of the rebellion, but he makes a lot of questionable decisions.

Building off that amazing film, you can invent and investigate these other characters who are sitting in that same gray area, and are all in a process of genesis — of becoming who they think they might want to be, and figuring out what they believe in.

Syril Karn is determined to bring Cassian to justice.

We also see sides of the Empire and the rebellion that we haven’t seen before. The Empire that you meet in A New Hope is not the one that you meet in Andor. It’s fat and lazy, as Cassian says, and you get an inside view into the kind of corporate structure system — like a workplace environment.

And then on the rebellion side, you see this planet that is just full of people trying to survive. And it’s real domesticity — gritty and human. There’s a focus on human lives as they struggle to survive. Every one of these characters is sitting within their own little mini rebellion in their own life.

It was so refreshing to read: It’s a sociopolitical drama; it’s a spy thriller; it’s a domestic drama; it’s almost a workplace comedy. It’s also Star Wars, told over 12 episodes that can achieve this level of detail.

O’Reilly: I think when you put someone like Tony Gilroy as the head creator and writer of a series, it’s going to be interested in investigating the people, relationships and textures — complications rather than in broad strokes. It’s always going to be grittier.

Shaw: Having written Rogue One, [in Andor] Tony Gilroy dared to excavate the emotional relationships between people. People of all ages, backgrounds, upbringings and countries can relate to the family.

And he’s not trying to draw conclusions about the characters. Instead we’ve got people in all the mess of human emotions, values, slow journeys, immoral journeys.

Arjona: It’s about people at a cusp of a revolution. Tony really did a brilliant job of showcasing and mirroring our real world. There’s no good and bad, it’s all murky. This show — every character — lives in that gray area. In order to understand someone’s morality, you need to understand that person’s intimacy as well. It’s incredibly human, incredibly grounded and darker. It’s not so happy-go-lucky.

Bix Caleen has a complex relationship with Cassian.

Adria, where does Bix fit into this darker corner of the galaxy?Arjona: When we first meet Bix, she’s very stable. She has a business, she’s successful, and people respect her. But she has this relationship with Cassian —  second you see, you’re like, “Oh, these two have been through it together, and they trust each other.” But there’s also this tension.

Does she help her friend? Does she not help their friend? “This is someone I love who’s a pain in the ass sometimes, but I’m gonna help him.” She understands the moment in history that she is in and makes a big decision. When people are at the cusp of a revolution, there’s this camaraderie.

Fiona, there’s a point where you warn Bee-Two, the droid, that you’ll be “so cross” with it if it’s charging in one of the rooms. The way you deliver that line is excellent.Shaw: I think the droid is like having a dog that pees on the floor. It has to keep charging up, its battery-bladder isn’t as good as it was.

B2EMO is a charming droid, but getting a bit creaky.

An old droid is next to an old woman; meet Maarva very late in her life. It was also a joy for me to play somebody much older, and then somebody younger, than myself [when the show flashes back to The Clone Wars era]. I was neither age, I reached out for the Maarva who’s sick, old and has a very old droid, and the younger one with a young droid.

You touched on the fact that we meet Marva in two time periods. How does that fit this grounded take on Star Wars?Shaw: It plays into the story of how Maarva and Cassian are mother and son. He has a very different accent. We get to understand that.

Maarva lived a life of adventure but has slowed down by the time we meet her in the show.

We also see the kind of life Maarva had [in the flashback scenes]. She’s somebody with a very broad mind who has traveled all over the universe with their husband, gathering bits of metal. She meets his boy and takes him home — he must have been a huge change for her life, as much as she is for his. He may have saved her, a bit.

Genevieve, this is Mon Mothma’s biggest appearance so far. Was that exciting for you?O’Reilly: Yes. She is a woman who I’ve got to play before — she’s usually surrounded by rebels; a leader who sends people off on missions. How did she get there? What sacrifices did she have to make? Because we start Andor in a very different place than Rogue One, we have time to explore what those costs are.

When we meet her in Andor, she isn’t surrounded by rebels, she is steeped within the Empire, she is a lonely female voice of opposition against Palpatine in the Imperial Senate. It’s a dangerous position to be in.

She has worked for many years, as a senator trying to effect change from within that Imperial system. She’s now at a point where she has to step outside it — she has to risk it all for what she believes.

We know through Star Wars lore that she’s been a senator from the age of 16. What are the realities of a life like that? What are the customs? What are the rituals of the planet Chandrila that has a teenager within such a structure, how many choices did she really have? And is this the first time she’s willing to risk making a genuine choice?

Mon Mothma already has some action figures based on her past appearances; they both come with batons. To the actors new to Star Wars — given that your character is an extension of your personality and Star Wars has always been associated with action figures — what accessories do you think your figure should come with? Soller: Well, Syril’s got to have a comb, and probably got to have a travel steamer as well. Something to shine his shoes as well, one of those little quick wipes. It would have to be a Star Wars dopp kit, his personal accoutrement to make sure that he’s pressed and firmly put together.

Arjona: In the first scene, I wear this vest, my work apron. And I just think it’s the most badass thing. If I were to have an action figure, I really want that outfit. And I want the piece of machinery that I click off when Cassian comes in. I want to be holding that and wearing all my leather.

Shaw: Oh, God. That’s too hard. I think probably just a jumpsuit of some kind [laughs]. 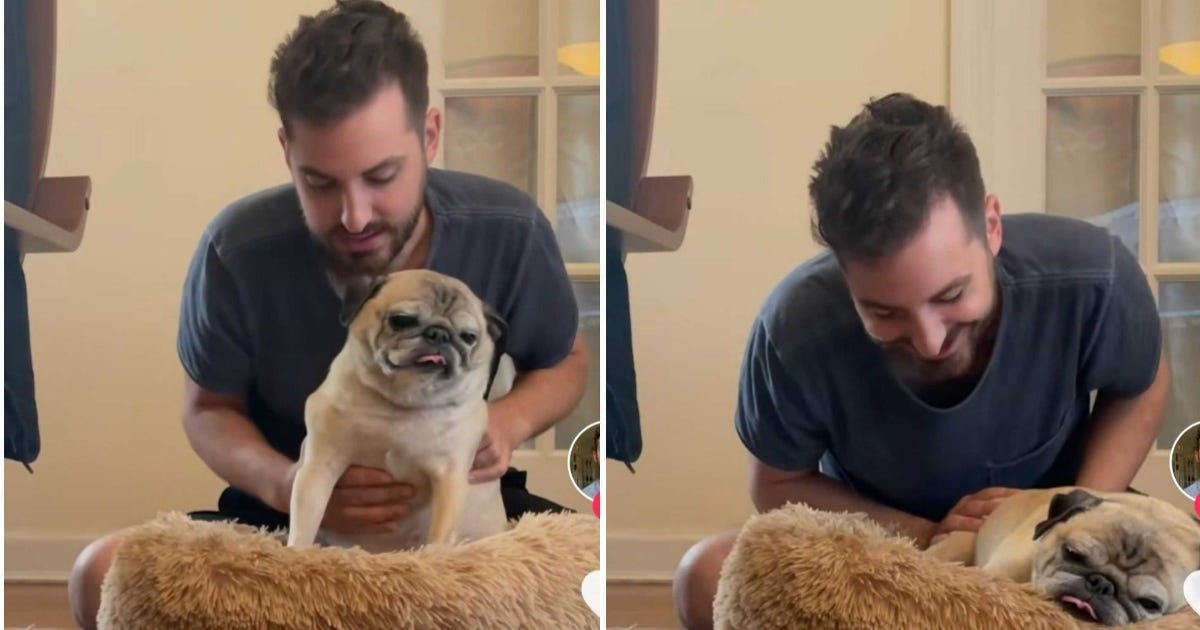