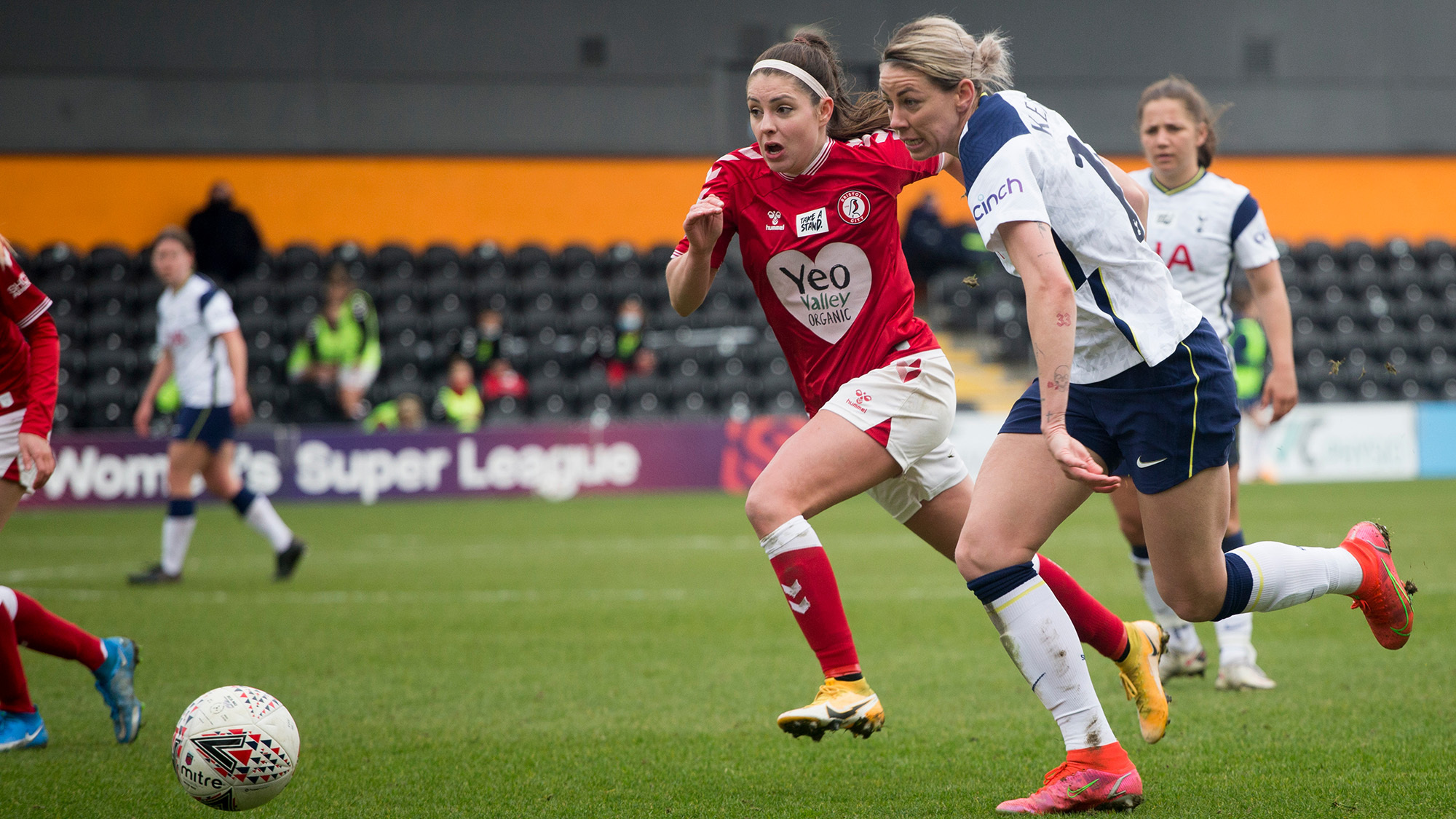 The summer of 2022 will live long in the memory for fans of women’s football. England’s home Euros proved to be a roaring success, with the Lionesses beating Germany to win their first ever major tournament.

Alongside the full crowd at Wembley Stadium, an estimated 50 million more people watched the final on TV – more than three times that of the 2017 equivalent. The live attendance came close to matching the 91,000 all-time record for a women’s match, which was set in March during a game between Barcelona and Real Madrid.

That rise in popularity is expected to extend to the Women’s Super League (WSL), the top division of club football in England. Since turning fully professional in 2018, the league has gone from strength to strength, and now boasts a major TV rights package with Sky Sports and the BBC.

It means most matches throughout the season will be available to watch live in the UK, but there are several options if you’re based elsewhere too. Here’s everything you need to know.

Which Women’s Super League games are on TV this weekend?

After a delayed start to the WSL due to the death of Queen Elizabeth II, the competition is now well underway. All 12 teams are in action this weekend, with every match available to watch live in the UK:

This is the second season of Sky’s three-year deal with the WSL. For the 2022-23 season, the broadcaster has committed to showing at least 35 matches. To start watching, you’ll need a Sky Sports subscription, which also provides access to lots of other top-class sport.

Packages start at £44 per month for 18 months, or from £18 extra per month if you already have a Sky TV subscription. The latter only gets you access to Sky Sports Premier League and Sky Sports Football – for all eight channels, it’s £25 extra per month.

Whichever option you choose, you’ll also get access on your phone, tablet and/or laptop via Sky Go. See all four options on the Sky website.

However, if you sign up to Sky Q with a Sky Sports package, you can also watch in HDR quality. Learn more in our separate guide: How to get HDR on Sky Q

How to watch the Women’s Super League on Now

If you don’t want to commit to a Sky contract and satellite dish on your house, that’s not a problem. Sky has its Now streaming service as an alternative option, and there are no restrictions on the content you can access.

Now is available on a wide range of devices, including smartphones, tablets, laptops, Chromecast and even games consoles.

A Day Pass provides 24 hours of access and costs £11.99 – this is great for one-off occasions. However, it’s going to make much more sense to get the Month Pass if you plan to watch every weekend. Between now and 28 August, it’s available for £25 per month for 12 months, before returning to the usual £33.99 per month after that – unless you cancel.

This offer also includes a month of free Now Boost, which adds 1080p video and Dolby 5.1 surround sound, removes ads and lets you stream on three devices at the same time (instead of the usual 2). After that, it’ll cost you an extra £5 per month.

How to watch the Women’s Super League on the BBC

Unlike many other broadcasters, you don’t need a subscription to watch the BBC. But you will need to pay for a TV licence, whether you’re watching live or via BBC iPlayer. It currently costs £159 per household or business – learn more in our separate guide to the UK TV licence.

Once that’s taken care of, there are lots of options available to you. The first is simply direct on your TV, with almost all Sky, Virgin, Freeview and Freesat boxes including BBC channels by default.

You can also use BBC iPlayer across all your devices, while the WSL is also available to watch via the BBC Sport website when games are taking place.

Like many other services, there are also apps available for iOS and Android.

Can you watch the Women’s Super League outside the UK?

Yes, and there are two options available to you.

If you’re based elsewhere or would rather use an existing UK account or subscription, there is an alternative. It involves using a VPN, which helps you ‘appear’ in another country by giving you a new IP address.

Our top pick is NordVPN, which offers a good blend of security features, ease of use and value for money. There are plenty of alternatives in our best VPN chart, but make sure they unblock BBC iPlayer – that’s a common issue for some services.

Interested in men’s football too? Here’s how to watch the
Premier League,
Champions League and
FA Cup.