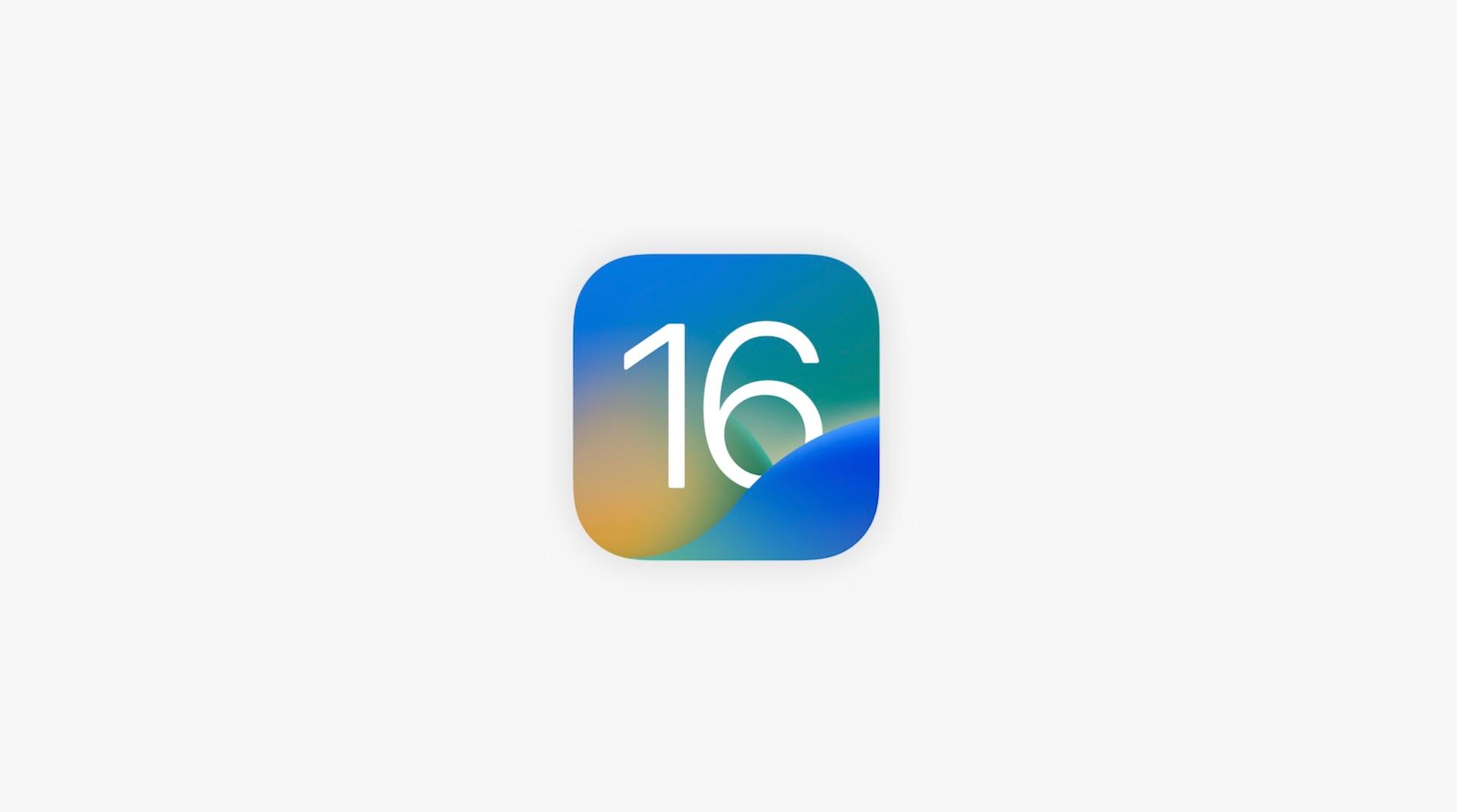 Apple’s iOS updates are released like clockwork, with new iPhone software being released every year (since the first iPhone) to add new features and improve the overall experience. In 2022 it is no different with iOS 16.

Revealed at WWDC 2022 back in June, iOS 16 will enhance your iPhone with new features including a customisable lock screen (complete with widgets), a refreshed notification system, new Messages tweaks and much more.

As confirmed by Apple at its iPhone 14 event, iOS 16 is now available to download, though not all iPhone owners will be able to get the upgrade.

Here, we’ll explain everything you need to know about iOS 16, including the top features and when it’s likely to be available.

When was iOS 16 released?

Following a months-long public and developer beta process, Apple finally released iOS 16 to the public on 12 September 2022 at 10am ET/1pm PT/6pm BST.

As ever, iOS 16 will be a free upgrade for all supported iPhone models.

While Apple was rumoured to drop support for the iPhone 6s range with iOS 16 – an understandable choice, considering it was released in 2015 – the company took things a step further at its official announcement, with the iOS 16 update dropping support for way more than just the iPhone 6s.

In fact, Apple confirmed it’d only be available on iPhone 8 and newer, meaning the following devices won’t get the upgrade to iOS 16:

With that being said, here’s a list of supported devices for iOS 16:

While there are no doubt hundreds of tiny changes coming in iOS 16, Apple decided to focus on a handful of new updates at its WWDC 2022 debut.

The standout feature for most iPhone users will no doubt be the new lock screen experience – arguably the biggest change in its history, introducing new layouts, colour schemes and quick-glance information that feels inspired by the Apple Watch.

The big focus is on customisation. You can not only adjust the layout of the lock screen, with different fonts and colour options available for the time and date, but you can add fun effects with a swipe. Those effects are auto-generated depending on your wallpaper to keep things tidy and on-theme, though they can be edited if need be.

You’ll also be able to embed widgets within the new lock screen, arranging the background and widgets around as needed. That’s ideal for getting at-a-glance info like the weather, your current fitness levels and upcoming calendar events – just like the Apple Watch.

There’s also a subtle depth effect when using Portrait images taken on your iPhone, with the clock appearing in front (or behind) the subject of the shot.

But which wallpaper should you use? Apple is providing a new wallpaper gallery with millions of combinations, as well as a Photo Shuffle mode that’ll shuffle between images in your library throughout the day. There are also new interactive wallpapers, like live weather wallpaper, with fluid animations available too.

The best part? You can have as many as you like, with specific lock screens for specific Focuses. In fact, you can swipe between them to automatically enable the associated focus mode without going to the home screen.

What good is a fancy new lock screen if notifications constantly flood it? It looks like that won’t be as much of an issue in iOS 16, with Apple announcing a new notification system that displays incoming notifications at the bottom of the lock screen menu for a less cluttered experience.

There’s also a new feature called Live Activities coming in iOS 16 with the aim of taming spammy real-time notifications from sports and delivery apps. Instead of a barrage of notifications when your order is collected, out for delivery and outside (for example), developers can create neat glanceable experiences.

There are also updates to the Messages app in iOS 16, bringing much-requested features including the ability to edit messages just after they’ve been sent. Yep, Apple will let you edit your messages before Twitter lets you edit your tweets!

There’s also a new Undo Send option available for recently sent messages, great for last-minute changes. There’s also the option to mark threads as unread if you want to reply later without forgetting.

SharePlay is also getting integration within the Messages app, allowing you to watch movies, listen to music and more while chatting with friends via text.

Live Text was a big addition in iOS 15, adding the ability to interact with text within images saved on your iPhone. It allows you to directly make calls, copy and paste text and more, with new additions in iOS 16 including the ability to convert currency and translate text.

Apple looks to expand that functionality even further by bringing support to videos, allowing you to pause the video at any point and copy any text on screen – ideal for coding videos and the like.

You’ll also be able to better identify products in images saved in the Photos app, and for some inexplicable reason, drag-and-drop cutout images to the Messages app.

Apple Maps is also set to get some love in iOS 16, with more revamped cities coming to the service with additional information like lane layouts, local points of interest and other helpful data to navigate big cities like London and Las Vegas.

Apple’s also bringing multi-step trips to the Maps experience – a feature that has been available on most rivals for years – with the ability to plan trips on a Mac beforehand and get Siri to add additional stops on route.

There’s also new data available in the Transit directions mode, with the app providing rough travel costs for various forms of transport – though it’s unclear where this will be available.

Apple Pay Later is a new feature coming to Apple Pay within iOS 16 that essentially does what it says on the tin – allows you to pay later for purchases made with Apple Pay.

What’s more, Apple will provide the ability to spread payments with no interest and no fees, though the six-week window is an interesting one considering most people get paid on a monthly basis.

Still, Apple says it’ll be available with any Apple Pay purchase, though it’s unclear right now whether it’s exclusive to the US or a worldwide feature.

Apple Pay will also work with Tap to Pay in the US, allowing small merchants to take payment directly on iPhone without the need of any additional hardware.

Announced ahead of WWDC 2022, iOS 16 will boast new features that bring additional ways for users with disabilities to “navigate, connect and get the most out of Apple products”.

It starts with Door Detection, a new feature that’ll help users locate a door when arriving at their destination using a combination of LiDAR, their iPhone’s camera and machine learning. The tech can not only understand how far a user is away from a door, but can provide key information like whether it’s open or closed, how the door can be opened and whether the door uses a knob or handle. It can also read signs and symbols around the door, such as door numbers.

Live Captions will be a particularly interesting new addition in iOS 16, perfect for the deaf and hard-of-hearing community. As the name suggests, the tech captions audio in real-time, including during FaceTime calls and in apps like Instagram, but it’s not limited to apps. Apple claims you can also use the tech to have a chat with someone next to them.

There are a handful of smaller additions also coming to Apple devices, including new language support for VoiceOver, Voice Control Spelling Mode, new Sound Recognition tech, new accessibility customisation options in Apple Books and a new gaming feature called Buddy Controller where users can ask a friend to help them play a game by combining two game controllers into one input.

Bypassing CAPTCHAs in apps and websites

CAPTCHAs, the annoying squiggly text that proves you’re a human on websites and in apps, could be a thing of the past in iOS 16 with the introduction of Automatic Verification.

This is a feature that wasn’t mentioned during the WWDC 2022 keynote, but instead was discovered by fans using the developer beta and shared via Reddit.

Located in the Settings app in iOS 16 (Settings > Apple ID > Password & Security > Automatic Verification if you’re curious), Apple says that iCloud will automatically and privately verify both your device and Apple ID in the background, negating the need for websites to prompt you for CAPTCHA verification. The feature is automatically enabled in iOS 16 betas, and hopefully, that’ll be the same at release.

Apple has since shared a video explaining how the feature works, but it’s more for developers than users. Popular web hosting platforms Cloudflare and Fastly have already confirmed support for the underlying Private Access Token tech that enables Automatic Verification, and it’s expected that other apps and websites will also adopt support ahead of release.

Other new features coming to iOS 16

Of course, there’s much more to iOS 16 than what Apple showcased during WWDC 2022. We’ve listed a few of our favourite new features coming with the big new update, some of which weren’t covered in the initial announcement.

A new on-device dictation feature that lets you use voice dictation and text input simultaneously, with punctuation added automatically.In-app ID verification for apps like Uber coming to the Wallet app.Apple News is getting better integration with sports.Family Sharing will introduce an easier way to set up an Apple device for children with the ideal parental controls in place from the beginning, with age-appropriate blocks on apps, movies, and more. The Fitness app is also set to become available to all iPhone owners, being exclusive to Apple Watch owners up until this point. You’ll be able to set and track your move, standing and exercise goals and the iPhone will track your movement throughout the day. You’ll be able to use Nintendo Switch Pro and Joy-Con controllers to play controller-compatible games.A redesigned video player UI with a much cleaner, simple-to-use interface.Redesigned Voice Message experience in iOS 16. No longer a shortcut, but its own app in the app bar. Android-esque Privacy Access History will tell you which apps have been using your camera, microphone and location recently. A new Lockdown Mode designed for high-ranking government ministers and CEOs, restricting activity allowed on the device to avoid potential hacks