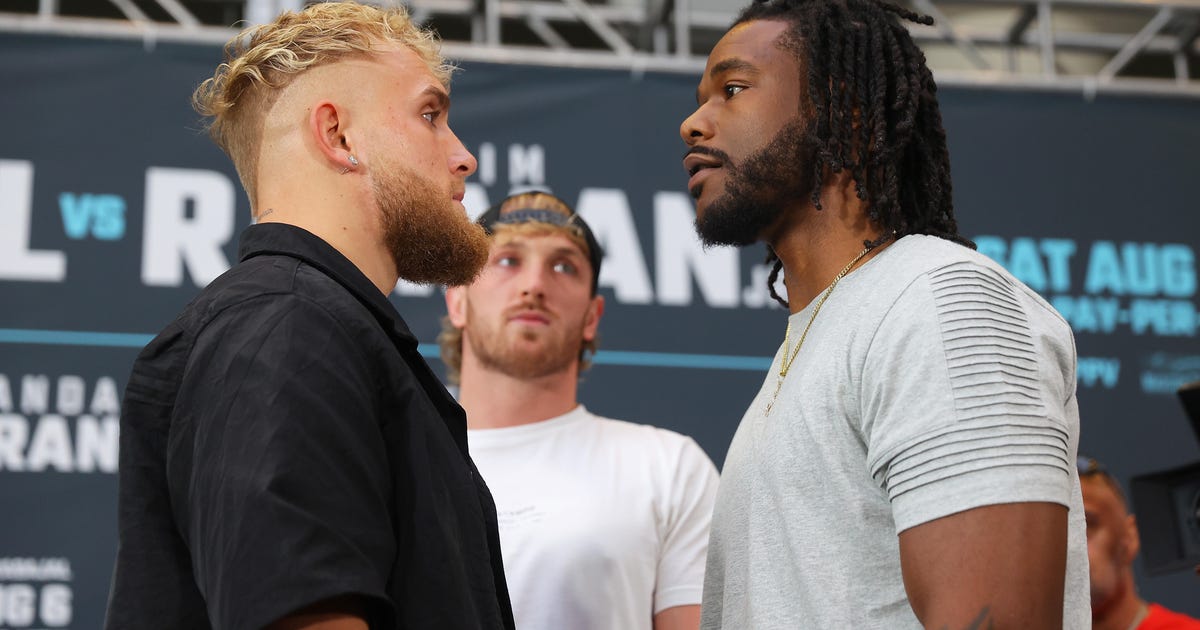 Jake Paul’s next boxing match is just weeks away, but it’s been a long road.

After his first scheduled opponent, Tommy Fury, wrestled with Visa issues and ultimately pulled out of the fight, Paul’s team scrambled to find a replacement. The solution came in the form of Hasim Rahman Jr. — a 12-1 heavyweight who is both bigger and more experienced than Paul. By most measures this is a tougher fight than the one scheduled against Tommy Fury.

August 6 I’m showing the world that Jake Paul is a bad mother fucker.

When is the Jake Paul vs. Hasim Rahman Jr. fight?

The fight between Jake Paul and Hasim Rahman is set to take place on Saturday, August 6. The event takes place at 9 p.m. ET and the main event will take place at an estimated 11.30 p.m. ET.

Where is the fight taking place?

The fight between Jake Paul and Hasim Rahman Jr. takes place at Madison Square Garden. You can check out ticket prices here. Plenty of tickets are still available at this point, which could be a worrying sign for interest in this fight. Even Jake Paul himself appears to be struggling with the promotion for this fight…

Jake Paul vs. Hasim Rahman Jr. will be available to watch on Showtime PPV. It’s priced at $74.99.

Who else is on the card?

It’s taken a while, but we finally have details on the undercard for the fight. Here’s the full list of fights top to bottom…

If you’ve watched previous Jake Paul fights then Amanda Serrano will be a familiar name. She’s fought on his previous cards and recently lost a close decision to Katie Taylor in what was the biggest female boxing match of all time.

Who is Hasim Rahman Jr.?

Hasim Rahman Jr. is the son of legendary heavyweight champion Hasim Rahman, who famously knocked out Lennox Lewis in a massive upset victory back in 2001.

But Hasim Rahman Jr. has amassed quite the record himself. At age 31 he’s now a 12-1 fighter. His sole loss came recently via knockout at the hands of the undefeated James McKenzie Morrison earlier this year in April. Morrison represented the first real challenge Rahman Jr. faced. Up until that point the majority of his fights featured boxers with losing or mixed records at best.

Still, at 6 foot 3, Rahman Jr. is bigger than Paul, who has fought mostly undersized opponents in the ring. This could represent a real problem for The Problem Child.

Who is Jake Paul?

You’re probably aware of Paul, the social media personality who first made it big on Vine before moving across to every platform in existence. He’s moved into boxing in recent years after fighting on the undercard of brother Logan Paul’s viral boxing match with UK YouTuber KSI. He showed a talent for boxing and has been fighting ever since.

Paul has also moved into promotion, co-promoting a huge fight between Ireland’s Katie Taylor and Amanda Serrano, which was one of the biggest female boxing matches of all time.