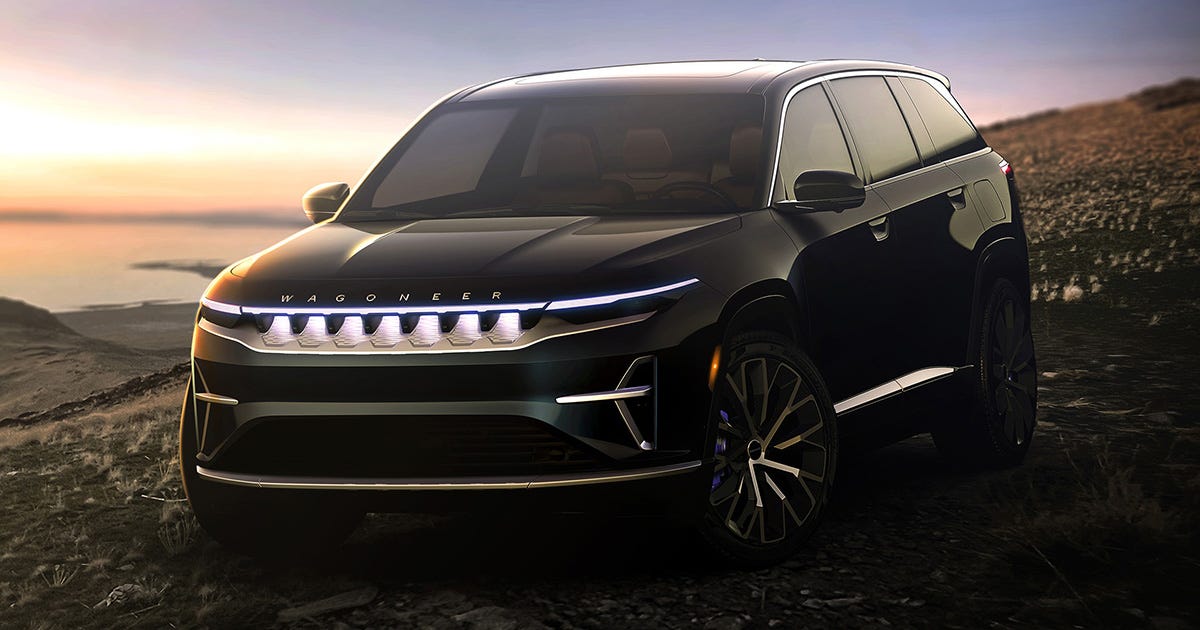 Jeep will add a fully electric SUV to its Wagoneer premium subbrand.

The Wagoneer EV will officially debut in 2023, with production expected to start in 2024.

Jeep will introduce a pair of new electric SUVs in 2023, the company announced Thursday. One of these SUVs is the off-road-ready Recon, but the other is a premium EV that’ll live under the Wagoneer subbrand.

Codenamed Wagoneer S for now, this new SUV will have standard four-wheel drive with a terrain-management system, Jeep says. It looks pretty cool, based on what we can see in these initial images, with a design that’s far more aerodynamic than anything Jeep has produced before — and thankfully without the awful, slab-sided appearance of the Wagoneer and Grand Wagoneer SUVs.

Jeep promises some pretty potent performance figures for the Wagoneer S. The electric SUV is expected to produce 600 horsepower, allowing it to accelerate to 60 mph in about 3.5 seconds. Jeep is also targeting a driving range of around 400 miles per charge.

Along with the Recon, Jeep will formally debut the Wagoneer S — or whatever it’ll be called — sometime in 2023, with production kicking off in 2024. Reservations will start early next year, and the EV SUV will be sold around the world.