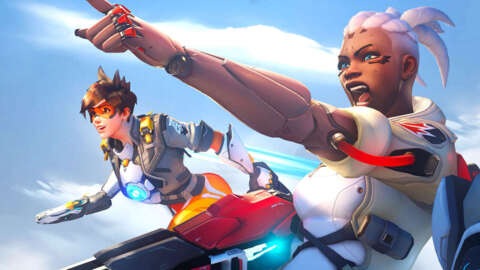 While Overwatch 2 has had a rough launch thanks to numerous technical issues, there’s a lot to love about the new take on the classic shooter. One of the details fans have been enjoying are the huge number of new voice lines, many designed only to trigger in very specific situations.

In a Twitter thread, Overwatch 2 senior narrative designer Justin Groot explained that the writers aimed for increased reactivity in its dialogue, with characters reacting to specific events, including certain team comps or situational moments. While the original Overwatch already had a lot of custom dialogue, including specialized lines for taking out or interacting certain characters, the dialogue in the sequel gets a lot more specific.

“We’ve done a ton of work on the backend to detect rare situations, and to centralize & prioritize our VO system so that we can play the coolest possible line at any given moment,” Groot explains. The goal, as he puts it, is to “make the heroes feel more alive, so that they celebrate your greatest accomplishments along with you, and continue to surprise you game after game.”

Much of the special dialogue uncovered so far involves specific team comps, such as in the video above where Junker Queen in an all-female team starts the match with, “alright ladies, let’s teach these boys a lesson.”

Others pointed out by fans include a voice line where Mercy, if placed on a team where the other characters all have self-heals, will remark on how easy the match will be as everyone can heal themselves. Reinhardt will also make a comment on a team full of melee weapon users, asking if one of them should have a gun.

Some lines will also trigger based on what move has been used, or where a kill takes place, with players pointing out unique dialogue that is triggered if a kill takes place while a character is airborne, for example.

Lead narrative designer Gavin Jurgen-Fyhrie also chimed in on the conversation, expanding on what different types of dialogue players could expect to encounter in Overwatch 2. As well as the reactive lines mentioned above, all characters have been given expanded voice lines for kills, abilities and regular play. The writers have also added 1800 lines of inter-character dialogue, a little of which is featured in the video above in a conversation between Sombra and Moira.

It’s clear players will be discovering new, niche voice lines in Overwatch 2 for a while yet, with the game only just in its second week of launch.