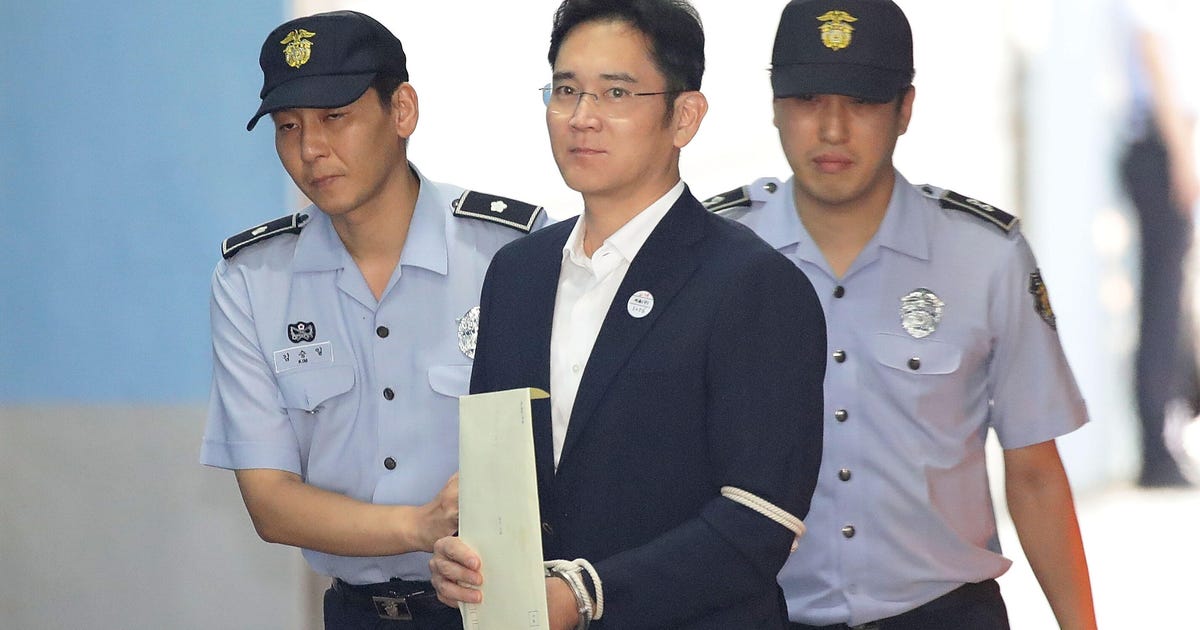 Samsung Electronics Vice Chairman Jay Y. Lee was granted a presidential pardon on Friday, a largely symbolic move that may allow him to take control of the electronics giant.

Lee, Samsung’s de facto leader, was granted parole and released from prison in August 2021, after serving a two-and-a-half-years on a five-year sentence on bribery, perjury and embezzlement charges. The pardon, granted by Korean President President Yoon Suk-yeol, comes amid rising fears of global inflation and continuing supply chain issues in the wake of China’s zero-tolerance policy toward COVID-19.

“In a bid to overcome the economic crisis by vitalizing the economy, Samsung Electronics Vice Chairman Lee Jae-yong, whose suspended prison term was ended recently, will be reinstated,” the Korean government said in a statement reported by Bloomberg.

Lee was Samsung’s vice chairman and had acted as the company’s de facto head since his father, Lee Kun-Hee, suffered a heart attack in 2014. He had faced up to 12 years in prison after being charged with bribery in 2017. The case was part of a corruption scandal that led to the impeachment of former South Korean president Park Geun-hye.

Lee, who had always denied the allegations in court, wouldn’t be able to work for five years and faced restrictions on overseas travel under Korean law. But the country’s Justice Department reportedly had the power to grant exceptions.

The move comes in the wake of China’s zero-tolerance policy against the COVID-19 pandemic, which led to lockdowns in some of the country’s most populated areas and manufacturing constraints across the industry.

Samsung didn’t immediately respond to a request for comment.