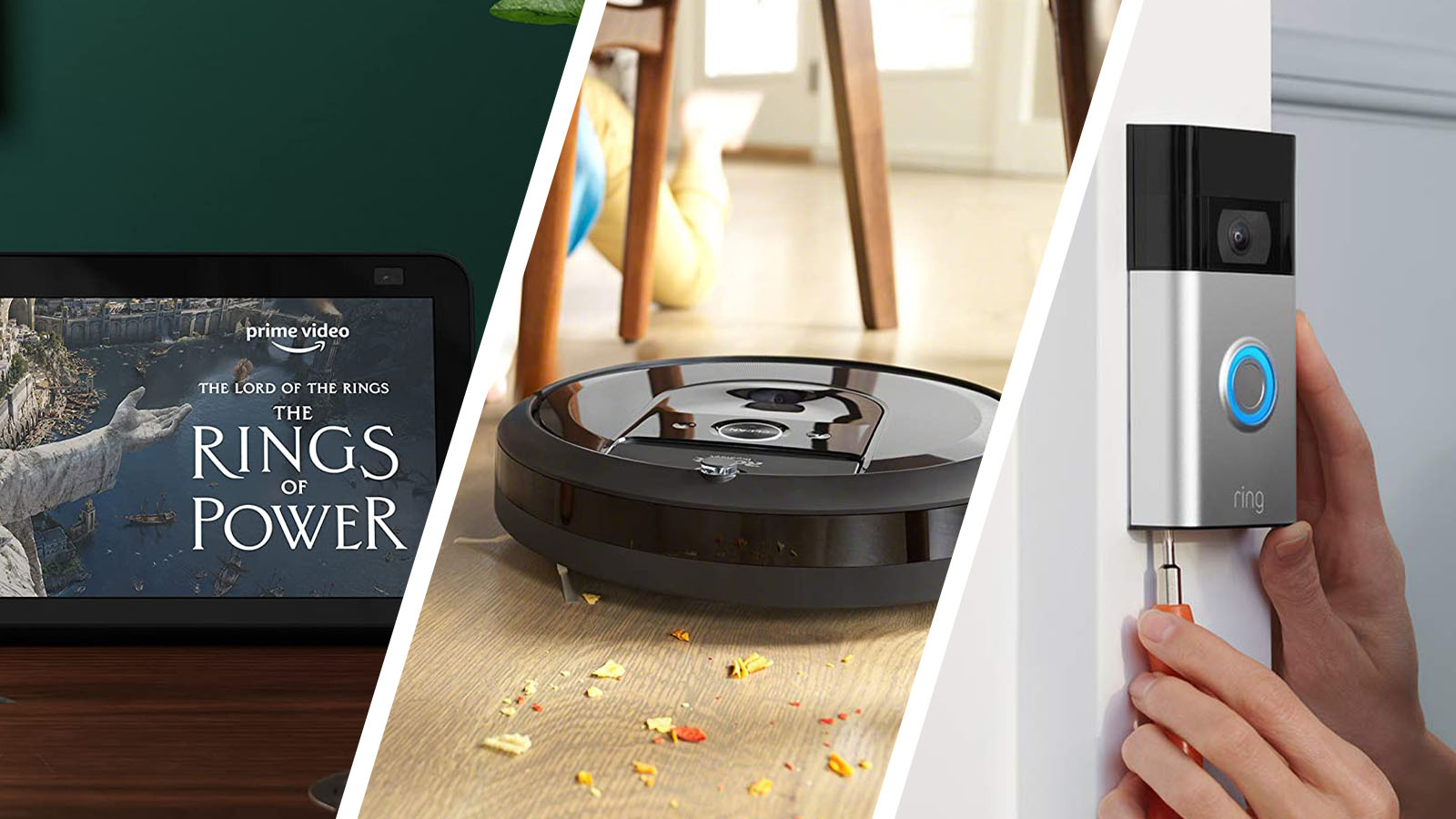 If you’ve been eyeing some new tech for your home, chances are you’re waiting to see what deals are available for Black Friday. In this article, we’ve got all the information you need to ensure you get the best smart home bargains.

When is Black Friday?

This year, Black Friday falls on 25 November. Cyber Monday (Monday 28 November) is also a big tech sales day. Some deals run for one day, some for the entire weekend. There may even be discounts – like Amazon Prime’s lightning deals – that only run for a few hours. For Prime deals, you’ll need a Prime membership. Membership costs $14.99/£8.99 per month, or $139/£95 per year after a 30-day free trial.

Some Black Friday deals will kick off before the big day. Some deals are already available now. If you’re looking out for specific products, start checking the prices right away. The best price may appear before the big day itself.

Are Black Friday smart home deals worth it?

Over the past few years, people have become a bit less trusting of Black Friday deals – which is understandable. Some deals are better than others and it’s not always clear which is which.

After an initial launch, some products drop in price below their release MSRP (manufacturer’s suggested retail price) or RRP (recommended retail price). A product might have an initial RRP of $89.99/ £89.99 but within a few months it could be widely available for $74.99/ £74.99.

It’s still money off – and may still be a decent deal – but it’s not exactly as advertised.

However, there are plenty of other deals, often on products have been available for a while, or those that have been superseded by a newer model, that are not only a decent deal but an excellent one.

The trick is knowing where the real savings are.

How to shop for Black Friday smart home deals

It’s a good idea to decide in advance what tech you’re shopping for and then be open to the best deals on the day.

For example, if you’re interested in buying a robot vacuum cleaner, have a budget in mind and a feature set that you really want. This way, when a deal comes up, you can quickly check if it’s right for you and jump on it before it sells out.

If you’re looking for a product from a specific brand, you’ll probably have a good sense of what its regular price is. Then decide on what you’ll be willing to pay. Is it worth buying at 10% off? Are you holding out for 25%? Or a third off?

Also look out for curated lists of the best Black Friday deals from specialists. Serious bargain hunters will also sign up to newsletters and download apps from their favourite retailers to get real-time sales alerts.

Where will you find the best deals?

If you’re looking for smart home deals in the US, check:

In the UK, you’ll find some of the best deals from major retailers. Try:

It’s also worth checking out the brand’s own website and comparing offers to those from Amazon and other retailers. You’ll often find price-matching but sometimes there will be a deeper discount from the brand itself on one particular model. Ring home security systems are always discounted on Amazon, but sometimes there’s a better deal direct from the Ring website.

What kind of deals can you expect?

In the UK, Currys regularly bundles a Google smart assistant with a Fitbit, or slashes the price of one model of smart assistant, so look out for that to save up to 50% off.

If you have smart lighting or want to extend your home set-up, it’s a good time to pick up Hue bulbs and similar brands at a discount. You’ll find them on sale direct from Philips Hue, from Amazon, and on other websites. They may also be part of a bundle deal.

Amazon tends to offer Black Friday deals on its own home security brands, so expect to see excellent deals on Ring doorbells, cameras and more. You are also likely to see big discounts on bundle deals that bring together a Ring doorbell and an Amazon Echo, as we mentioned earlier.

Black Friday is a great time to invest in smart heating with regular discounts of 25-30% on smart thermostats and thermostatic radiator valves from Hive Active Heating, Drayton Wiser, Tado, Nest and more. This year, more than ever, spending on Black Friday could help you to make savings on your energy bills during the coldest months of the year.

Brands tend to offer a big discount on one or two robot vacuum models from their range. These deals are matched by retailers such as Amazon. You could save $250/ £250 on the usual price of a robot vacuum cleaner, more on a top of the line model. But prepare to move quickly – these deals usually only last for a day and often sell out before then.

Discounted Dyson products also tend to sell out quickly. Many retailers will put one model on sale to clear stock: last year QVC sold the Dyson Omni-glide for $150 off. Currys and Argos also tend to offer a big discount for a limited time. You should also check the Dyson website itself for new and refurbished models, as well as eBay.

You’ll need to shop carefully to get a good deal on an electric toothbrush this Black Friday. Electric toothbrush retailers are among the worst for strategically shifting prices, in the UK at least. US buyers will have a much easier time of it.

An electric toothbrush’s RRP will often drop by half to two-thirds after a few months – or even just a few weeks – of being on sale. But retailers will still use the RRP to calculate deals.

On Black Friday any discount on the brush will be compared to the £450 RRP but what you really want is to find it for less than the generally available £170 price point. To see some good deals now, check out our round-up of the best electric toothbrush deals, which is updated every month.

As we get closer to the date, we’ll be bringing together the best Black Friday tech deals in our handy guide, which is a good resource to bookmark.