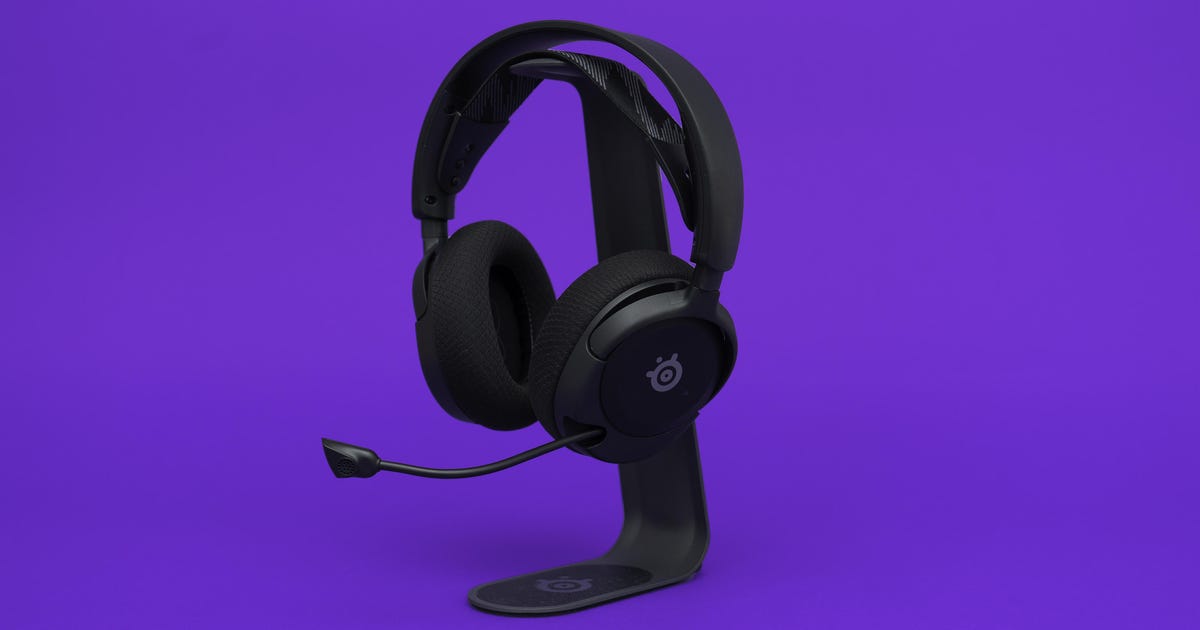 The headsets share the generational changes of the Nova Pro, including the fully retractable mic, updated high-fidelity drivers and Sonar software support (for the spatial audio, parametric equalizer, mic noise cancellation and more). The Nova 7 Wireless comes in three versions: The 7X for the Xbox, 7P for the PlayStation and 7 for PC. The Nova 1 is also available in three versions.

The entry-level Nova 1 is fundamentally basic, and fundamentally for Windows since its quality relies on the Sonar software, which I discussed in depth in the Arctis Nova Pro Wireless review. Like most budget headsets, it connects via a removable 3.5mm analog cable, and there’s a mute button and volume dial on the earcup. Thanks to the ability to tweak it using SteelSeries excellent Sonar software, which provides noise-cancellation and equalizer controls beyond its class, it can deliver impressive audio. That includes surprisingly good surround.

It’s also quite comfortable and adjustable, and doesn’t skimp on SteelSeries signature rotating earcup design. I don’t know how it ranks for durability, a big consideration in sub-$100 headsets — it’s a new design and only time will tell. Unless I try to break it on purpose, which I’d rather not do and which wouldn’t represent normal wear and tear.

Not a lot of controls, just a volume dial and mute button on the earcup.

On the other hand, while writing this I started bending the mic stem because the boom seems flimsy, and I seem to have pulled it out a little too far. Now it won’t retract. So, there you have it. I’ve never been a fan of the company’s retractable mics, though, and the new fully retractable designs can be even more frustrating for me. I prefer flip up since they’re easier to operate single-handed and don’t require a mute indicator.

In the absence of the software, this headset is less enticing. The sound isn’t bad, but it benefits from the power boost you can give it in software. And the mic has a lot of background hiss without the Clearcast noise cancellation; with Clearcast and the equalizer, it can get very good. The hiss shouldn’t affect your in-game chat understandability, but it’s not exactly great to hear either. And while you can mute the mic, there’s no indicator to tell you it’s muted, which gets annoying.

With the software, which you get on a Windows system, the Arctis Nova 1 can perform above its class, but without the software it’s not quite as competitive. I wouldn’t be moved to switch from the Nacon Rig 500 HX Gen 2 for the same money.