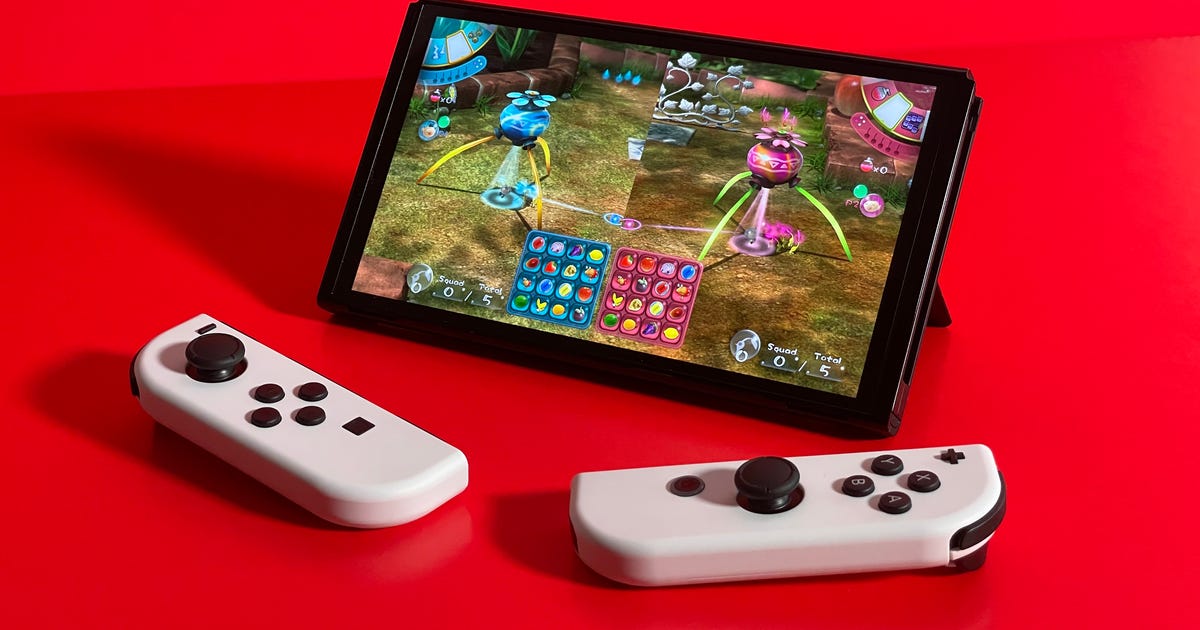 The Nintendo Switch doesn’t have the power of a PS5 or an Xbox Series X (or almost any gaming PC), but it can still run graphically intensive games like Marvel’s Guardians of the Galaxy and Dying Light 2. How does this nearly 5-year-old hybrid handheld do it? The answer is something called Switch Cloud Gaming.

Like Xbox Cloud Gaming, GeForce Now PS Plus and the soon-to-be-defunct Google Stadia, Switch Cloud Streaming allows you to play certain titles from the cloud, which means the games are played on a remote server somewhere in, you know, “the cloud,” while the output streams directly to your screen. But Nintendo’s version works differently than the services from Microsoft, Google and Nvidia.

How does Switch Cloud Streaming work?

Because the Switch doesn’t have the power to run certain graphic-intensive games without downgrading the visuals — this infamously happened with The Witcher 3 — Nintendo created a service to play games via the cloud. Buying one of the Switch Cloud games lets you play the game on your Switch without a physical cartridge or downloading.

The game will hypothetically play the same as if you had the actual cartridge or a digital copy, but since it’s played on the cloud, the experience can vary depending on your internet connection. Cloud gaming is subject to slowdowns and stuttering because it’s a pretty intensive real-time stream.

What games use Switch Cloud Streaming?

The current titles that use Switch Cloud Streaming are:

These games are available only in the Nintendo eShop and still require a download of the respective game app to your Switch. This will act as a launcher for the game and takes significantly less storage — approximately 100MB — in comparison to the full game. Cloud games cost the same price as they would if they were physical or digital and publishers will occasionally put the games on sale.

Do I need a Switch Online subscription?

No. While a Switch Online subscription is needed to play online and access cloud saves, it’s not needed for Switch Cloud Streaming. All that’s needed is to purchase the actual title.

It depends on your internet connection. If it’s fast, you shouldn’t notice much difference from any other Switch game. But a slow or spotty internet connection means heavy input lag, as each button you press has to go up to the cloud before the result displays on your screen.

Luckily, there are free demos of Control, Hitman 3 and other Cloud games available in the eShop. These demos let you try out the game for only five minutes in order to see how well your internet connection can handle cloud gaming.

Some cloud games, like Control, also include different modes: one for performance and the other for graphics. Enhanced Performance mode focuses on providing the smoothest gaming experience with the highest frame rate, while Enhanced Graphics mode focuses on graphic fidelity and resolution. The former is ideal for those who don’t have the greatest connection while the latter is meant for getting the best looking experience requiring a much more stable and faster internet speed.

For example, the graphics-heavy mode in Control, the graphics mode uses ray tracing to display a similar visual experience as on more powerful consoles, but you could find the game lagging while playing.

For now, this feels like an imperfect solution. In fact, cloud gaming as a whole feels like it’s still in its early days (despite being around for more than a decade). But it’s also great for anyone who doesn’t want to miss out on some major games the Switch otherwise couldn’t handle.