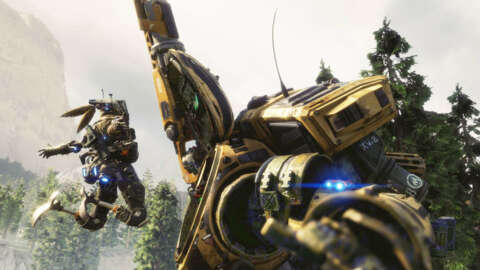 First-person shooter fans have plenty to pick from on Xbox Series X and Xbox One, especially if you subscribe to Xbox Game Pass. A Game Pass Ultimate subscription unlocks some of the best modern first-person shooters in recent years, including multiple games from the Doom, Wolfenstein, and Battlefield franchises. Since the sheer number of options can be overwhelming on Game Pass, we decided to round up the best FPS games on Game Pass.

There are multiple subscription plans for Game Pass, but if you like first-person shooters, you should definitely get Xbox Game Pass Ultimate, the $15 per month tier that gives you online multiplayer access as well as the PC, Xbox, and Cloud Gaming libraries.

Many of the games on this list are playable on Xbox, PC, and mobile devices thanks to Xbox Cloud Gaming. Since the Xbox Game Pass library sees changes each month–with new games added and old games removed–our list of the best Xbox Game Pass FPS games will change over time as well. For now, here are our favorite first-person shooters to play on Game Pass.

If nothing here catches your eye, be sure to check out our list of every game on Xbox Game Pass, along with our roundup of the best overall games on Game Pass.

The Anacrusis is a cooperative shooter that borrows DNA from Left 4 Dead. You’ll fight off waves of haunting enemies as you work your way through a gigantic spaceship, and a variety of unique perks and weaponry help keep things interesting.

While The Anacrusis borrowed ideas from Left 4 Dead, Back 4 Blood is practically its twin. The core experience is a cooperative romp through undead hordes, although a competitive mode is available that pits a team of survivors against special Ridden. Toss in a cool card-based upgrade system and a “Game Director” that changes up the action based on your play style, and it’s easy to see why the shooter is one of the better Left 4 Dead-likes around.

It’s starting to show its age, but Battlefield 3 is still worth checking out. Plus, it isn’t too challenging to find a match still. Gigantic maps, easy-to-understand class skills, destructible environments, and hundreds of unlockables mean there’s always a reason to dive back in for another match. There’s also a solo campaign that should play, too.

Bad Company 2 offers a similar online experience to Battlefield 3, although its solo experience is definitely more impressive. It trades ultra-serious tones for a comical narrative that really shines. Destruction was also a huge part of the game, as you could blow apart every bit of your environment to help take down your foes. The first Bad Company game is also on Game Pass. We chose the sequel here, but we’d recommend the original, too.

This entry in the popular series takes you to World War 1 and brings a myriad of classic weapons and combat vehicles to the fight. The single-player mode plays out as an anthology, with different characters taking the helm to tell unique, personal stories as you trek across the war-torn planet. Battlefield 1 is the best of the recent entries in the series.

It’s not the remastered version, but the original Crysis is still a blast. You’ll run around a series of islands as a soldier with a Nanosuit that gives them unique powers–such as the ability to turn invisible or sprint at high speed. If you’re a fan of the original, you’ll be glad to know that both Crysis 2 and Crysis 3 are also offered through Game Pass.

Deep Rock Galactic is a four-player cooperative game that tasks you with exploring a deadly cave system as you carry out a variety of objectives–such as finding lost gear or harvesting a specific resource. Levels are procedurally generated and fully destructible, letting you blast apart both hostile aliens and anything else that gets in your way.

Rip and tear in this Doom reboot, which features everything great about the original but in a brand-new package. The solo campaign is the star here, but there’s also a competitive multiplayer mode that lets you challenge your friends in a variety of modes–including Deathmatch, Freeze Tag, and Domination.

Doom Eternal enhanced the formula established in Doom (2016). New enemies, better graphics, and tricky platforming segments turned it into one of the best shooters of 2020. There’s also a unique 2v1 multiplayer mode that has one player take on the role of Doom Slayer as they fight against two players stepping into the shoes of powerful demons.

Head to Montana to take down a fanatical cult leader in this open-world adventure. Whether you want to quietly dispatch your enemies or drive headfirst into the action is up to you–but regardless of your choice, Far Cry 5 gives you the chance to enter the fight as you see fit. There are also plenty of side quests and a cooperative mode to keep you occupied. Far Cry 5 isn’t our favorite game in the series, but it’s the only entry on Game Pass and it’s still pretty good.

While the multiplayer mode is free to everyone, Game Pass members gain access to the open-world campaign. This sees you exploring the Zeta Halo, attacking objectives, and carrying out missions as you see fit. There’s also a nifty new gadget called the Grappleshot, which lets you climb steep cliffs or pull faraway objects into reach.

Lemnis Gate is one of the most innovative FPS titles in years. The multiplayer action takes place over a timeloop, with each player getting 25 seconds to run through their loop and outsmart the enemy. It sounds weird–and it is–but no doubt it’s worth checking out.

Arkane Studios is known for making compelling immersive sims, including the first-person shooter Prey. Many of Arkane’s beloved tropes are here in spades, but this time you’ll be fighting to survive on a spaceship that’s being attacked by a deadly alien species.

It’s the same Quake you know and love, only updated with new visuals to make it a bit easier on the eyes. There’s also local and online multiplayer, along with a new Horde Mode that pits you against endless ways of enemies.

This challenging, team-based shooter tasks you with attacking or defending a specific location on the map. Defenders can reinforce the location and set traps, while Attackers can blast through walls to surprise the opposition. A constantly updated cast of playable characters and content drops has made Siege one of the most popular competitive games over the past decade.

Serious Sam 4 is a zany throwback FPS that has you fending off wild enemies such as Beheaded Rocketeers, Werebulls, and Belchers. The action is fast-paced and frantic, although the ability to jump into battle with three other friends makes things a bit more manageable.

Slime Rancher is the most adorable FPS on this list. Instead of blasting apart demons, you’re trying to start a slime farm by catching colorful creatures, growing valuable plants, and taking on a variety of quests. With more than 150 slimes to discover, there’s plenty here to keep you busy.

Gorgeous, quirky, and full of satire, The Outer Worlds is a narrative-driven game that changes based on your actions. Tight gunplay and the freedom to explore the world on your own terms means there’s incredible replay value, and there’s a bunch of DLC to check out if you enjoy the base game.

Although its multiplayer servers are dead a lot of the time, Titanfall 2 has one of the best FPS campaigns of all time. With wonderful level design, some truly inventive mechanics, and simply superb controls and gunplay, Titanfall 2 is a pure joy to play. Even the story it tells is pretty darn poignant.

Wolfenstein: The New Order is a cinematic shooter that sees you rebelling against Nazis in an alternate history where the Nazis won World War II. Every level is filled with explosions and over-the-top action, making it feel like a summer blockbuster. Its unique combination of visceral combat, stealth, and a wonderful storyline make it a great solo experience, and there’s enough content to keep you busy for close to 20 hours.

Once you’ve wrapped up The New Order, you can dive into this sequel on Game Pass. It builds on the original, offering another wild adventure into Nazi-occupied territory that gives you the freedom to develop your own playstyle and gun down enemies as you see fit.