Masayuki Uemura, the engineer who designed the Famicom, is an important figure in Nintendo’s history–albeit one who is not talked about as much as Shigeru Miyamoto, Satoru Iwata, Gunpei Yokoi, or Hiroshi Yamauchi. Author Matt Alt, whose new book Pure Invention: How Japan’s Pop Culture Conquered The World covers the rise of Nintendo, has published an interview with Uemura on Kotaku, shedding some light on Nintendo in the late 70s and early 80s.

The interview is full of fascinating insights into the creation of the Famicom (released worldwide as the Nintendo Entertainment System, or NES), as well as some very fun anecdotes. One such anecdote involves Yamauchi, who was president of Nintendo from 1949 until 2002, and his interest in new technology. “In 1978, he bought around 10 tabletop versions of Space Invaders and placed them in headquarters and our factory,” Uemura recalls. “The idea was that we’d playtest them as a form of research. But what ended up happening was the entire company got so obsessed playing it that we couldn’t get a turn in. It was like a fever. Everyone abandoned their posts and stopped working.”

Uemura remembers this fondly, but also says “I was just bummed out that we hadn’t made it ourselves.”

He says that, in their headquarters in Kyoto, Nintendo was somewhat cut-off from other game companies, and weren’t always aware of what was happening in Tokyo. “It’s pretty shocking when I think back on it, but Kyoto has always been kind of closed off that way,” he says, while also saying that rumors of competition between different research and development teams within Nintendo back then are not accurate.

Uemura says that efforts to build the Famicon began in 1981, when Yamauchi called him and told him to develop a video game system with cartridges. “He always liked to call me after he’d had a few drinks, so I didn’t think much of it,” Uemura muses. “I just said, ‘Sure thing, boss,’ and hung up. It wasn’t until the next morning when he came up to me, sober, and said, ‘That thing we talked about–you’re on it?’ that it hit me: He was serious.”

While the whole interview is full of fantastic insight, the funniest revelation comes from Uemura talking about the system’s design, and why it looks like a toy. He says that the system’s form factor was decided upon because it was “the cheapest way to do it,” before dropping this wonderful reveal: “The colors were based on a scarf Yamauchi liked. True story.”

The decision to go with a red, white, black, and gold scheme was further cemented by the look of a set-top TV antenna released by DX Antenna. “I recall riding with Yamauchi on the Hanshin expressway outside of Osaka and seeing a billboard for it, and Yamauchi saying, ‘That’s it! Those are our colors!’,” Uemura says. “Just like the scarf.”

Later on in the interview, Uemura casually reveals Mario’s nationality, too: “Super Mario Bros. isn’t set in Japan, but the character’s Japanese. The name Mario sounds Italian, but he isn’t Italian. They were really able to capture that ambiguity.”

The Famicon and NES would go on to sell over 61 million units worldwide. Many games from the system can now be played on the Nintendo Switch, if you have a Nintendo Switch Online membership.

GameSpot’s Play For All–a celebration of all things gaming–is ongoing. Join us as we bring you the summer’s hottest news, previews, interviews, features, and videos, as well as raise money for COVID-19 relief efforts and Black Lives Matter with the help of our friends from around the gaming world. Check out the Play For All schedule for more. 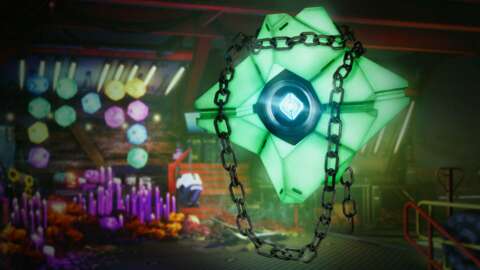