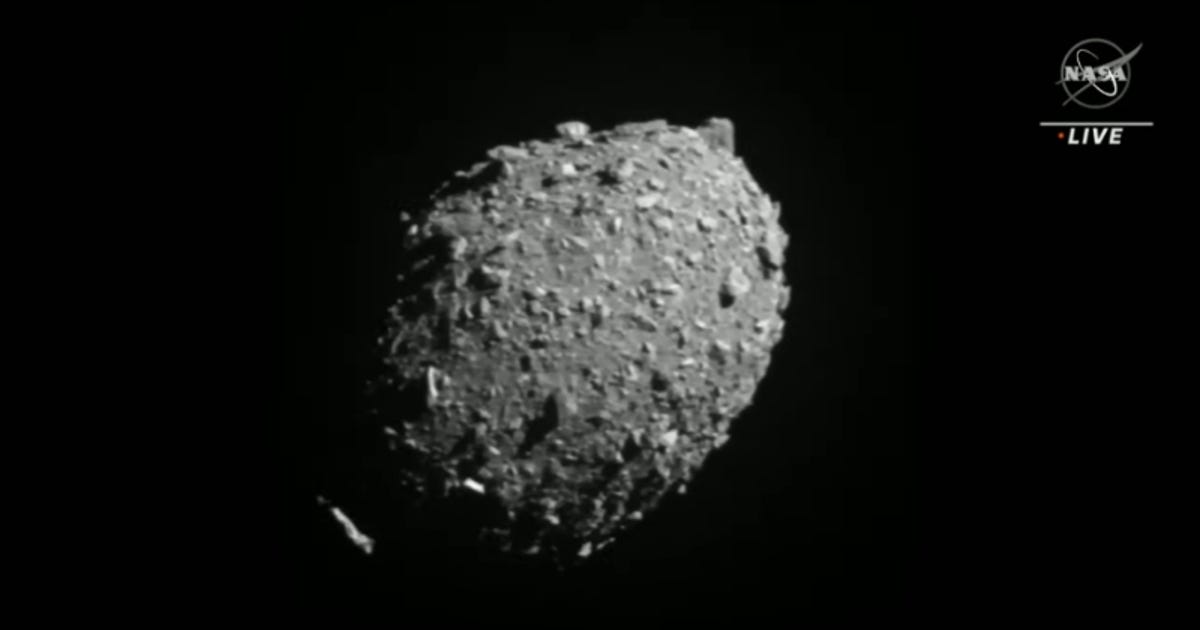 When NASA deliberately crashed its DART spacecraft into an asteroid on Monday, the daring but doomed probe was sending back some pretty incredible images — but on impact, the screen faded to black. We couldn’t see just how big of a dent DART made.

Fortunately, many telescopes around the world were tracking the asteroid pair DART smashed into, a duo known as Didymos and Dimorphos. The ATLAS project, which takes advantage of four telescopes across the world, grabbed a great video of the moment of impact, which occurred about 7 million miles from Earth.

You can see it below:

ATLAS, or the Asteroid Terrestrial-impact Last Alert System, is a collaboration between NASA and the University of Hawaii. It’s designed to detect any rogue space rocks, including those that might be a threat to Earth, scanning the skies several times each night for any moving objects.

The ATLAS telescopes were focused on the asteroid pair of Didymos and Dimorphos during DART’s collision on Monday. The probe was traveling at over 14,000 miles per hour when it hit the smaller rock of the two, Dimorphos, a Colosseum-size asteroid that orbits Didymos. Time of death: Exactly 4:14 p.m. PT. The moment of impact shows a brightening and a plume of light erupt around the crash site as DART’s destruction ends with a bang.

And it was a bang heard ’round the world. Not literally, of course, there was no sound — but plenty of viewers watched on NASA’s livestream as the probe’s cameras delivered its death dive second by second. The DART mission is a test to see if we can knock space rocks off course, should they ever be headed our way.

We’ll have to wait for a few more telescope images — and a 2024 mission — to find out exactly how much impact DART had.