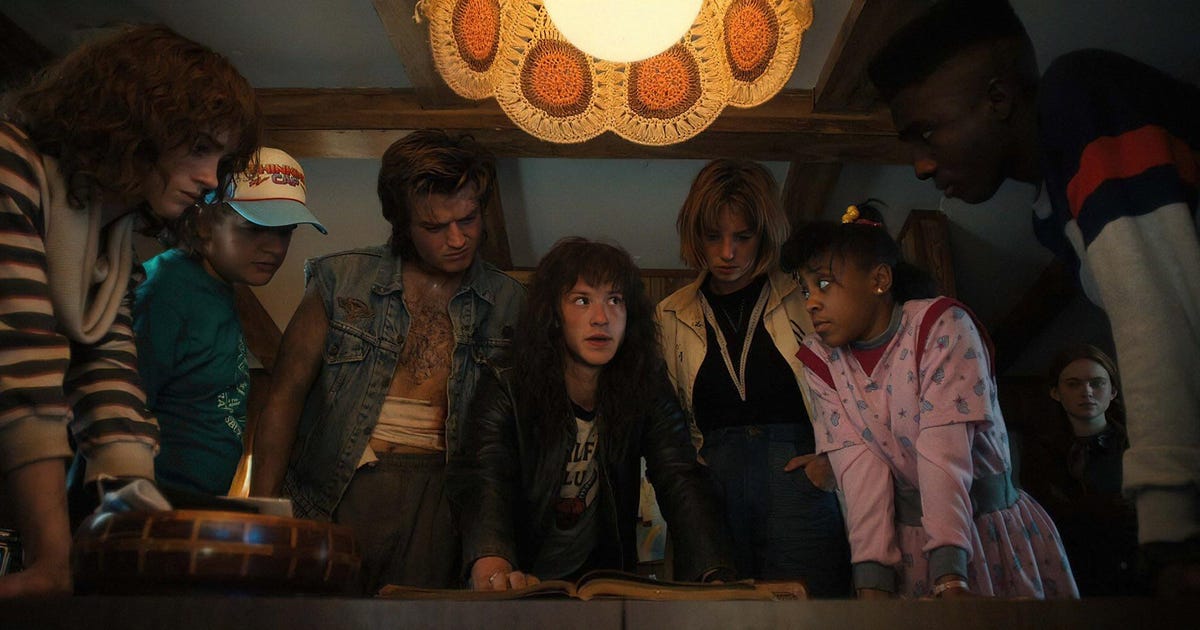 Losing a beloved fictional character can be devastating. For certain fans of Netflix’s Stranger Things, the show’s season 4 finale is still a source of deep grief. On TikTok, some fans are so bereft, they’re coming up with theories about how one character in particular might come back after seemingly dying.

Call it creativity. Call it the first stage in Elisabeth Kübler-Ross’ fives stages of grief. Either way, there’s some desperate thrashing about in hopes that this one character might live to see another day in Hawkins. After all, it wouldn’t be the first fake out the show has pulled.

Of all theories, though, there’s one that actually has a shred of logic, even if it’s still rife with denial. Read on at your own risk. Big spoilers ahead.

Arguably, Eddie Munson (Joseph Quinn) — the D&D loving, Lord of the Rings-referencing, metalhead with a heart of gold, has been the breakaway character of the season. Eddie finds himself wrongly accused of the death of cheerleader Chrissy Cunningham (Grace Van Dien), and he takes up with the Hawkins kids to protect the town.

Woefully, dear Eddie doesn’t make it. In the process of drawing the attention of the demobats, and standing his ground in order to give his friends enough time to attack the murderous Vecna elsewhere in the Upside Down, the bats overwhelm him and he dies in Dustin’s arms.

Afterward, no one seemed too shaken up about Eddie’s death except Dustin (Gaten Matarazzo). TikTok is another story. There’s no shortage of tributes. Sad music over montages of clips from the season. People leaving comments like: “I couldn’t stop crying,” “I legit cried abt this death scene” and “devastated he didn’t get to stay longer.” TikTok clips talking about Eddie’s lost future — finally graduating, having kids, seeing Lord of the Rings in the theater.

Because the internet is the internet, it’s hard to pin down exactly who first floated this fan theory about how Eddie might come back in season 5.

On TikTok, user @.dizay posted an idea that sounds somewhat plausible, which was then expanded on by @paulruddfanclub in a video that has more than 2.7 million views.

It goes like this: D&D character Kas the Bloody-Handed was a resurrected lieutenant of Vecna’s who turned on Vecna and killed him. He also happened to be a vampire. The theory then follows the traditional idea that (vampire) bat bites can turn people into vampires, and Eddie was bitten by demobats. On TikTok, some have pointed out that Steve Harrington was also bitten, but defenders of the theory say he would’ve needed to die in order to come back as a vampire. And Eddie died.

Kas and Eddie also share a few commonalities, which fans are hoping amount to the foreshadowing of Eddie’s return. For one, Kas uses a sword and shield, which Eddie more or less used (though, technically he was holding a spear, if you want to get picky about it). TikToker @jadenbricker also pointed out the random sword Hawkins police chief Jim Hopper (David Harbour) picked up in a scene shortly before Eddie’s death. (That sword, by the way, is the sword from the Conan films.) Eddie also has bat tattoos on his arm, which some think has a connected meaning. Plus, the Hellfire Club mentioned Kas in the game they played earlier in the season.

The comment section on @paulruddfanclub’s video is more than 11,000 deep.

“For my own sanity, I am going to now fully believe this theory,” one person wrote.

And another doesn’t mind the fake out: “I normally hate when films and shows backtrack on deaths but I’d fully accept this especially if Eddie himself slays Vecna.”

Hey. In your heart? Never. Show runners the Duffer Brothers seem to love foreshadowing and certainly have fooled audiences before. But in an interview on the Happy Sad Confused podcast, host Josh Horowitz asked, “Eddie Munson? Officially dead?” To which one brother replied, “yes,” and the other said, “sadly, yeah.” Later in the interview, they talked about how Eddie was always designed to be a tragic character. Even if he’d survived the Upside Down, there wouldn’t be much future for him in a town that saw him as a Satan-worshiping murderer. Chances seem slim that he gets his happily-ever-after ending.

Ross Duffer did tell Collider, though, that the season 5 writer’s room doesn’t start until August. Perhaps there’s still time to write to your senator and demand justice for Eddie.