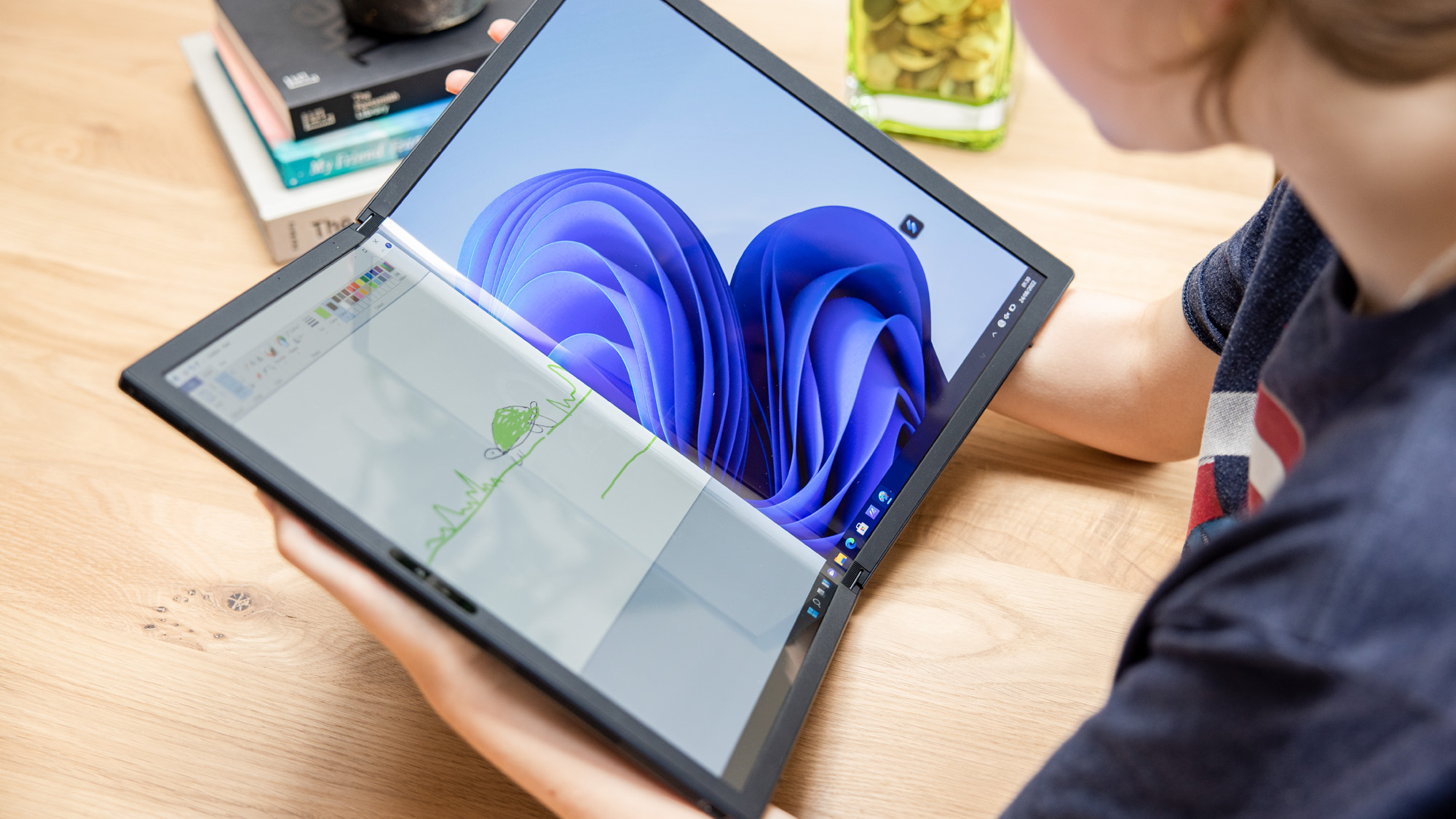 Lenovo announced the first ever ‘foldable’ laptop in 2019, but it’s taken three years for any other company to get on board with the idea.

All laptops fold, we hear you cry. Yes, but what we’re talking about here is a laptop whose screen folds.

The Zenbook 17 Fold OLED from Asus (shown above) is the only genuine competitor, although a new version of the ThinkPad X1 Fold makes for a fairer comparison. Both can operate as a large tablet, compact laptop or something in between, but only tech enthusiasts will want to pay those eye-watering prices.

It raises the question: when (or if) will folding laptops go mainstream? That’ll likely depend on when other companies get involved, with increased production helping to bring the price down.

A recent report suggested as many as seven of these hybrid computers could arrive next year. Will one of them be made by Samsung? The company first confirmed it was working on such a device back in 2018, but here are four reasons why 2023 could well be the perfect time.

For almost all laptop manufacturers, making a foldable is a step into the unknown. But not for Samsung.

The Korean company has been manufacturing its Galaxy Z Fold phone/tablet hybrid for more than three years, with the Z Flip now in its third generation. Compared to those original devices, Samsung has already come on leaps and bounds.

Of course, a folding laptop will present a very different set of challenges from a design and engineering perspective. But this experience will surely prove valuable.

2. It’s known as an early adopter of new technology

In recent years, Samsung has pitched itself as a company that continues to innovate and push boundaries. Alongside two types of foldable, we’ve seen several world firsts in its TV division and the popularisation of built-in styluses following the Galaxy Note.

To help keep that reputation, Samsung needs to expand into folding laptops soon. There was no need for it to beat Lenovo or Asus to market, but a foldable Galaxy Book should launch before the first big wave of releases from other companies. The latter looks set to begin in 2023.

Samsung could choose to wait it out until the technology is more polished, but that’s not something the company tends to do, and with good reason…

3. Samsung can afford a 1st-gen failure

Unlike many other companies, Samsung can take risks on new products without significantly affecting its bottom line. A folding laptop will be expensive to make and priced accordingly, so the firm is unlikely to make a significant profit – if at all.

But even if the first-gen device is a total failure, Samsung has recent evidence that it can bounce back.

The company was forced to recall all Galaxy Note 7 units after the infamous device began exploding in 2016. But, the follow-up Note 8 was a superb phone. More recently, the original Galaxy Fold was delayed due to screen issues, but successive devices have been far more accomplished.

Should similar problems affect a potential Galaxy Book Fold launch, Samsung will probably persist and make it a success.

Lenovo and Asus are big firms, but they can’t match Samsung’s influence on the global tech market. If the Korean giant commits to folding laptops, many others are likely to follow suit.

While plenty of devices are rumoured for 2023, Samsung joining the party would certainly accelerate the trend towards foldables. The company isn’t quite as established among laptops as smartphones, but there’s no reason why it couldn’t have a similar impact.

Samsung already makes dozens of traditional smartphones, two foldable devices, plenty of tablets and a selection of laptops. The latter includes convertibles, but a true tablet/laptop hybrid is the one device missing. A new big-screen foldable would plug that gap.