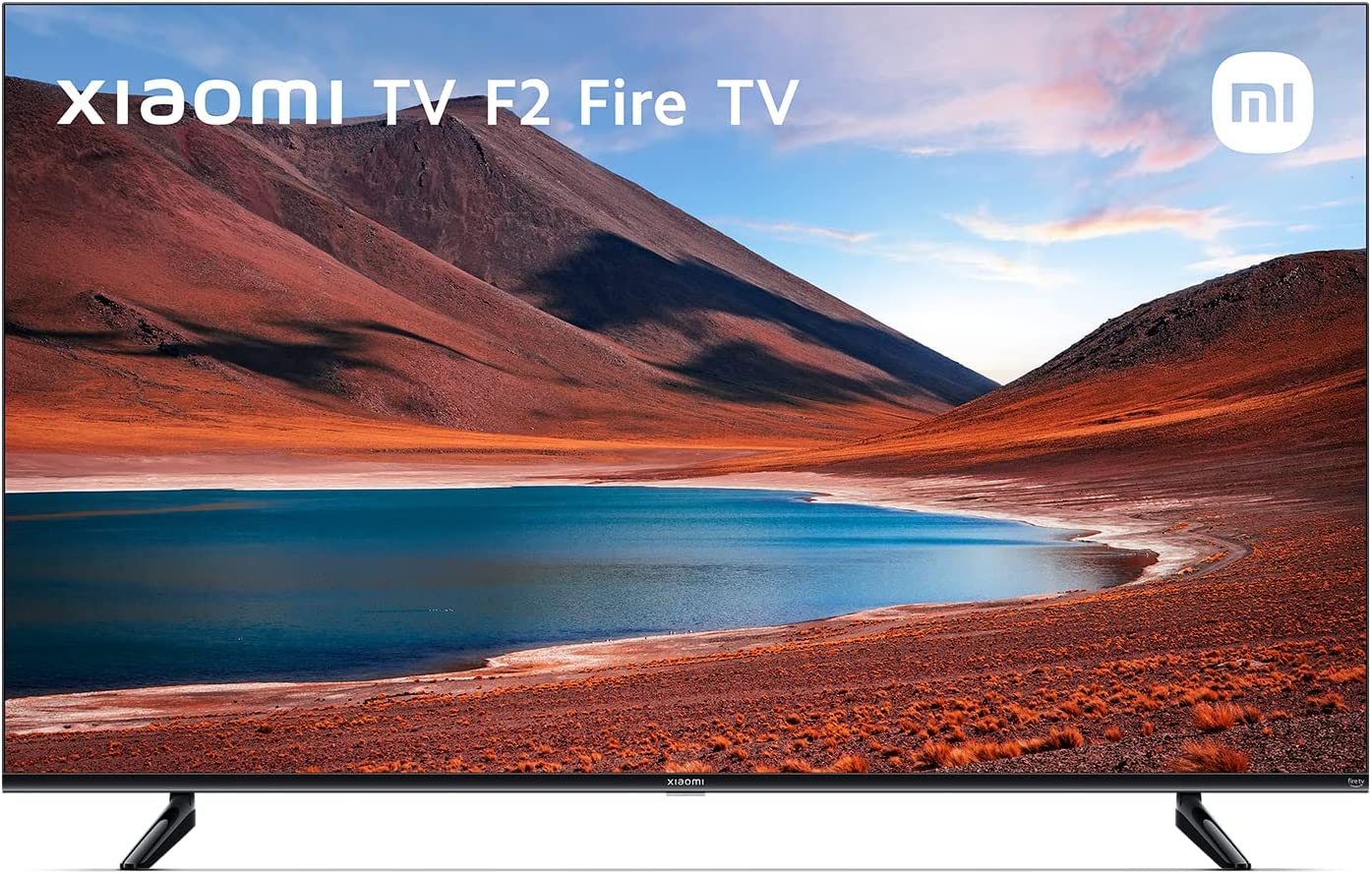 If you want a low-cost 4K telly to watch streaming services, then this debut Xiaomi is a decent option. The familiar Fire TV OS is partnered with Freeview Play, and it’s a doddle to use.

Unavailable in the US

Smartphone maker Xiaomi makes a solid first impression with this Fire TV-powered LED flatscreen. It’s not the kind of set that will take home any design or performance accolades, but if ease of use and plentiful streaming are what you’re after, it fits the bill nicely.

We’ve seen sets with Fire TV built-in before (Currys offers JVC branded models with the same interface), and there are no surprises here. Usability is high and there’s no external streaming stick to worry about – it’s like having a Fire TV Stick built-in. However, when it comes to AV performance, the F2 is more of a mixed bag…

Build quality is presentable but perfunctory. The screen is framed with a micro bezel, while two widely spaced feet are positioned at the edge of the set so you’ll need some big AV furniture to accommodate them. It’s lightweight, but that could be a bonus if you want to wall mount.

Connections comprise four HDMI ports, one of which supports (old school) ARC but not modern eARC. There are also two USB ports, Ethernet, a digital optical audio out, and a minijack AV input. Wireless connectivity comes via Bluetooth 5.0 and Wi-Fi. There’s also support for Apple Airplay, too.

The set offers a choice of both satellite and terrestrial aerial tuner inputs, the latter Freeview Play enabled for UK viewers. There’s a CI slot, for those territories which require one.

The remote control looks much like a standard Amazon Fire TV zapper, with a few extra buttons, and dedicated shortcuts for Prime Video, Netflix, Disney Plus and Freeview Play.

The latter isn’t really integrated, it’s adjacent, just a button click away. TV Guide pulls up a standard Freeview EPG, with a picture in picture feature. You can move backwards to access shows you might have missed that are available on catch-up services.

Navigating between the two UIs is a bit sluggish and a little clunky; to enter the picture and sound menus you need to long press the main Home button which is unusual.

Given its Amazonian heritage, the set works with Amazon Alexa. The remote comes with a microphone built-in to use the digital assistant. When pressed, the TV automatically goes into listening mode, there’s no need to use the Alexa wake word. You can ask Alexa all the normal stuff including weather forecasts and general information.

You can also voice navigate to different apps, or search genres. Streaming service support is excellent so all the key providers are available including Netflix, Disney+, Now, Freevee, PlutoTV, YouTube and Discovery+.

Freeview Play, meanwhile, comes with all the key mainstream catch-up services baked in, plus the usual variety of curated recommendations.

Time to manage expectations: for the kind of cash being asked for the F2, you shouldn’t expect a class-leading HDR performance. The set’s HDR performance is slightly below what we would hope to see at this price point, in fact. I measured an HDR peak brightness of 285 nits using a 10% window with Dynamic Backlighting off.

While the set is HDR compatible, acknowledging HDR10 and HLG, it doesn’t really have the luminosity to do anything with either.

What you do get are consistently punchy SDR pictures, courtesy of a good average picture level, somewhat over-saturated colour and fine detailing.

Picture modes include Standard, Film, Dynamic, Sport, Game and PC.  The Standard mode has a little more oomph than the Film mode, which tends to lose shadow detail in darker scenes.

As befits its plug-and-play nature, there’s not a lot of deep menu diving on offer, but you can turn the Dynamic Backlight on or off, and there’s variable backlight brightness. There’s no local dimming here, though.

Venture into the Advanced settings menu and you can adjust contrast, brightness, contrast and gamma. Amongst the interpolation options is a Natural Cinema mode (recommended) and variable motion smoothing (less is better).

Black level performance is invariably limited. The screen is unable to go full dark, and as a consequence, it’s best viewed in rooms with some ambient light.

The F2 has a dedicated Game mode, but this Xiaomi is in no way a premium gaming TV.  I measured input lag at a tepid 36ms (1080p/60fps) in Game mode (in Standard mode input lag rises to over 100ms).

Inevitably, audio is one of the set’s weaker aspects. The Xiaomi F2 uses downward firing stereo speakers, which lean heavily on the mid-range, so there’s some sense of weight. Power output is rated at 2x12W.

The set will pass 5.1 audio through HDMI to a waiting soundbar or system, but there’s no support for Dolby Atmos on its streaming apps.

The Xiaomi F2 is available in three screen sizes: 43-, 50- and 55-inches, listed at £399, £449 and £499 respectively. Take these prices with a pinch of salt, as you’ll almost certainly be able to pick them up for less – especially when Amazon has a big sale event.

Amazon UK is the main place to buy the F2 as oddly, you can’t get it from the official Mi store. The other retailer selling it is Kleinfeld.

In Europe, Xiaomi sells the same screen size trio, priced at €399, €417 and €464. There is no Xiaomi Fire TV equivalent in the US. Indeed, the Chinese brand makes streaming boxes for the rival Google Android platform across the pond.

Check out our chart of the best budget TVs for more options.

The Xiaomi F2 does everything you might expect given the price. It combines the content rich Fire TV portal with a generally acceptable LED LCD budget panel, and exhibits cookie cutter dress sense.  Consequently, it’s best thought of as a second set for a bedroom or kitchen space, or for non-critical viewing.  Images look sharp with native 4K sources (not so much upscaled HD), and it sounds clear enough for a budget-friendly purchase.   Good value overall then, but gamers should take their consoles elsewhere.