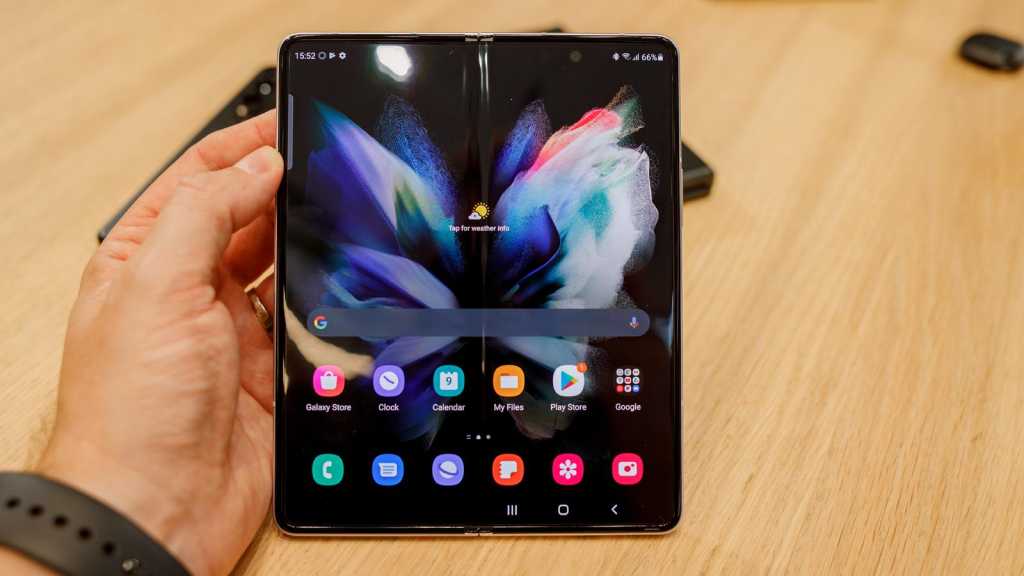 If you’re hoping to splurge for a tricked-out Galaxy Z Fold 3 then you’re in luck – with the Z Fold 4 out now, the Fold 3 is cheaper than ever and enjoying huge discounts.

Black Friday may be done, but some discounts are still available, with the phone available for less than $1,000/£1,000 if you look in the right place.

Samsung launched the flagship folding phone in August last year, alongside the smaller Z Flip 3. The phones launched together with the Galaxy Watch 4 and Galaxy Buds 2, refreshing Samsung’s mobile, audio and wearable lines for 2021.

The premium Galaxy Z Fold 3 benefitted from some cracking discounts last year, especially during Black Friday, but whether you’re looking to buy SIM-free (unlocked) or on-contract, there are now some even more sizeable offers out there worth considering – the best of which we’ve cherry-picked in this article.

Why not also check out our coverage on the best Galaxy Z Flip 3 deals and where to buy the Galaxy Watch 4, plus what to expect from Galaxy Z Fold 4 if you’d rather buy the newer model.

How much does the Galaxy Z Fold 3 cost?

The Galaxy Z Fold 3 is available in the following configurations and price points across the US, UK, Europe, and India:

The Z Fold 3 is available in Phantom Black, Phantom Green and Phantom Silver.

Here’s everything there is to know about the Z Fold 3, if you want to learn more about the handset’s cameras, display and specs.

If you buy directly from Samsung, the phone is available with $600 off, making it just $1,199, with further discounts available if you trade in an older phone. If you prefer, you can drop the discount to just $250 but pick up a free Freestyle projector along with it, normally worth $799 by itself.

It’s even cheaper elsewhere if you’re happy to commit to a carrier though, with Best Buy offering as much as $850 off if you want a phone locked to AT&T, making the phone just $949. Verizon customers can get it for $999, while it starts from $1,349 unlocked.

The best offer by far right now comes from Amazon: you can save an enormous £610, getting the 256GB model for only £989, though there’s no such discount on the higher storage version.

Where to buy the Galaxy Z Fold 3 SIM-free

Where to buy the Galaxy Z Fold 3 on contract

Currently, the biggest contract offers in the UK are boosting data allowances so you can get anywhere from 100GB to unlimited data with the handset. US contract deals are offering the phone upfront for free in some cases when you trade in your old device and sign up to an unlimited plan.

With a focus on productivity, one of the biggest updates on the Z Fold 3 is S Pen support, which Samsung already offers on its Note and Galaxy Tab S tablet range. Now, customers can choose between the S Pen Fold Edition or S Pen Pro to use with the Z Fold 3. Both S Pens have special retractable tips designed to protect the screens from excessive force. Samsung is offering customers a free S Pen with purchase in some markets.

See our review, where it received 4/5 stars and an Editor’s Choice badge.

Other productivity highlights on the Fold 3 include a new taskbar for faster and easier access to apps, and ‘Flex mode’, which allows users to multi-task across the two screens. Fold 3 owners can, for instance, use one half of the phone for video calls (with optimised support for the likes of Microsoft Teams) and the other half for notetaking.

There’s greater durability too. Samsung promises the Fold 3 can withstand folding up to 200,000 times, while new IPX8 water resistance, an “Armour Aluminium” chassis – which Samsung claims is the strongest aluminium used on a phone – and a Gorilla Glass Victus display that’s “80% more durable than previous devices”, also join the list of durability upgrades.