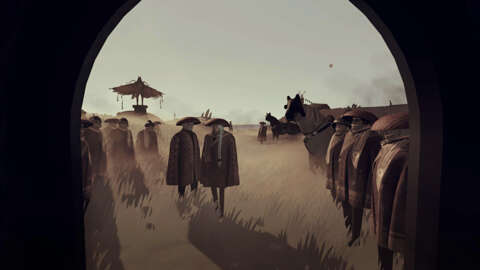 Developer Superbrothers and Pine Scented Software announced that Jett: The Far Shore will receive a free new expansion called Given Time in 2023. It takes place three years after the events of the game’s campaign.

“We’re thrilled to have another JETT campaign to offer. Given Time will continue and conclude Mei’s story while progressing and resolving key story threads that were left intentionally dangling at the end of The Far Shore” said Superbrothers founder Craig D. Adams in an official statement. “This new campaign is much more free-roaming and player-driven, we’re getting more out of our distinct ecosystem-puzzling and light survival systems this time out, but not to worry, we aren’t shy about having some cosmic prog rock spectacle in unexpected places.”

In the Given Time expansion, Mei will receive new whispers from the entity called Wyld and she must find them by herself.

Jett: The Far Shore first launched on October 5 2021 on PC via Epic Games Store, PlayStation 4, and PlayStation 5. The game will come to Steam in early 2023 along with the Given Time expansion.