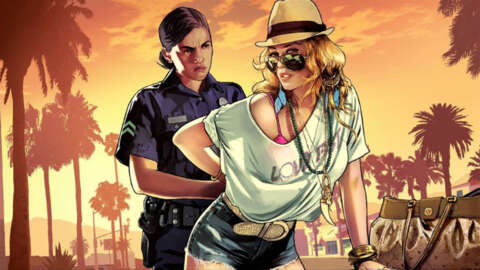 The assets were reportedly taken from Rockstar’s servers by a single hacker calling themselves “teapotuberhacker,” who also claims to have “GTA 5 and 6 source code and assets” as well as a “GTA 6 test build.”

Not that there was much doubt, but I’ve confirmed with Rockstar sources that this weekend’s massive Grand Theft Auto VI leak is indeed real. The footage is early and unfinished, of course. This is one of the biggest leaks in video game history and a nightmare for Rockstar Games

The videos include footage of a female protagonist walking through a strip club–which would be a first for the franchise–as well as a male character shooting what looks to be an AK-47 at passing police cars. In another video, both characters are shown working together as they rob a diner.

The leaks first surfaced on GTAForums, with the hacker allegedly searching the source code for anything other members requested. For example, one of the requests was any reference to an ongoing court case involving Take-Two, with the request allegedly made by one of the defendants in that case.

After news spread throughout social media, the hacker updated their original post, directing any employees of Rockstar or Take-Two Interactive to contact them via email, as they were “looking to negotiate a deal.”

Grand Theft Auto VI was confirmed to be in active development by Rockstar back in February, at the end of a blog post on the company’s official website. Neither Rockstar nor Take-Two has not officially commented on the leak as of this writing.