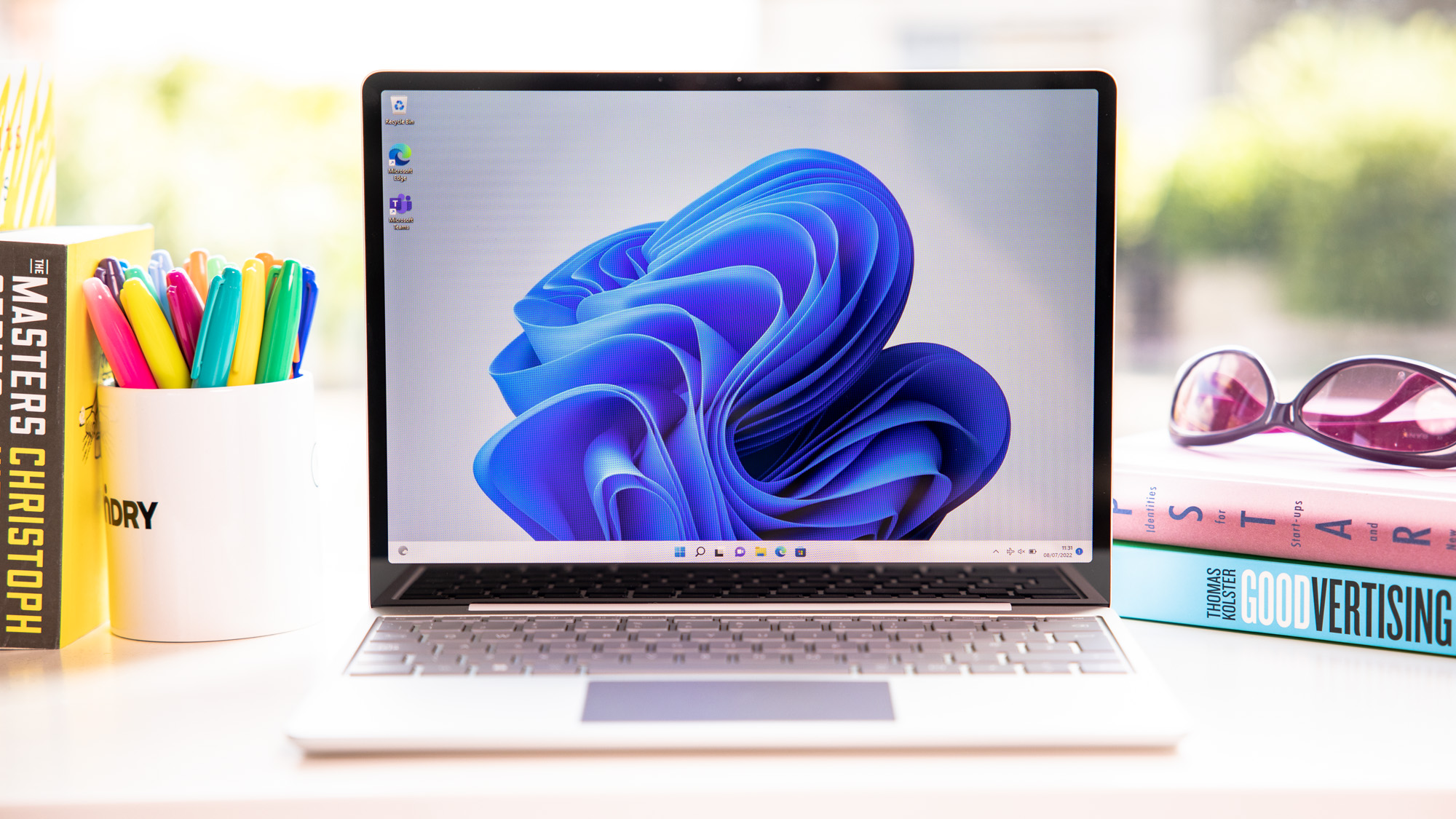 As a compact, affordable device, compromises on the Surface Laptop Go 2 are inevitable. But the core laptop experience remains impressive, provided you don’t choose the entry-level model.

What makes a great student laptop? There’s a general impression that students just need a cheap device that can handle the basics, but the needs of those in full-time education are evolving.

Low-cost laptops and Chromebooks still have their place, but it’s clear many young people want more from their device – whether it’s for studying or downtime.

Microsoft’s Surface Laptop Go aims to deliver that, while still retaining a lightweight design and an affordable price point. Despite the upgrades on this second generation, it’s actually cheaper than 2020’s original in the UK. However, US customers will have to pay slightly more.

But is it really the best option for students? And should regular consumers consider it too? I spent a few weeks with the Laptop Go 2 to find out.

Microsoft has a clear design language for all its Surface computers, and there’s no sign of the company switching things up anytime soon. That means the Laptop Go 2 is essentially a pint-sized version of the Surface Laptop 4, but that’s no bad thing.

It gives the device a premium look and feel that belies its affordable price point. The sleek aluminium finish is now available in four finishes, with existing Platinum, Ice Blue and Sandstone joined by a new Sage option. None of these are too garish or eye-catching – just a subtle way to express yourself.

The Platinum model I tested is arguably the least interesting of the four, but this minimalist design is something I really like. The reflective Microsoft logo on the back is the only area (aside from the display) that attracts fingerprint smudges, but you won’t be looking at that very often.

Flipping the device open reveals the 12.4in display, flanked by some slim bezels. These are larger than you’ll find on many rivals, but don’t detract from the viewing experience and maintain an attractive symmetry.

Above the screen you’ll find a 720p webcam, a noticeable step down from the 1080p camera on the Surface Laptop 4. Microsoft says this has been upgraded, but it’s hard to notice any improvements compared to the original Laptop Go. It’s fine for the occasional video call with friends and family, just not much more.

However, without a separate IR sensor, there’s still no support for Windows Hello face unlock. The fingerprint sensor built into the power button is your only alternative, but this isn’t available on the entry-level model. It’s easy to set up and reliable, but you’ll need to pay at least $699.99/£629 to get it.

The display tilts back quite a long way, but it can’t rotate a full 360 degrees. Being able to move the keyboard out of the way would add to the Laptop Go 2’s value, especially as Microsoft doesn’t make a convertible laptop right now.

Annoyingly, the Laptop Go 2 still has Surface Connect as its main charging method, although you can use the USB-C port with other laptop chargers you already have.

They’re joined by one USB-A and a 3.5mm headphone jack, but there’s no HDMI. It’d also be nice to have more ports, despite the wedge-shaped design. As it stands, you’ll probably need to connect an adapter or hub from time to time.

But the Laptop Go 2 still weighs just over 1.1kg. That makes it ultra-portable, yet it still feels durable enough to be taken almost anywhere with you. A thickness of 15.7mm is a little chunkier than you might expect from a laptop of this size, but it’s sturdier as a result.

On paper, display is the area of the Laptop Go 2 that has been compromised the most. A 12.4in panel is smaller than most laptops and even the Surface Pro 8 (13in), so you’ll be losing out on some significant screen real estate.

All of Microsoft’s laptops use ‘PixelSense’ LCD screens rather than OLED, while the resolution here drops to 1536×1024. That gives it a boxy 3:2 aspect ratio, which takes some getting used to if you’re coming from a 16:10 or 16:9 display. As you’d expect at this price point, the refresh rate is still limited to 60Hz.

However, it’s remarkable how quickly these things fade into the background once you start using the Laptop Go 2. The more compact design has its benefits for portability, especially when combined with touch support.

It’s still a high-quality display, and most people won’t notice any difference compared to the Surface Laptop 4’s screen. Internal testing is encouraging too, suggesting you’re getting 97% sRGB coverage and 74% of both AdobeRGB and P3. A maximum brightness of 368 nits isn’t amazing, but it’s still possible to use the device in some outdoor environments.

For me, Microsoft has struck a good balance here. Some premium features have been scaled back, but it still delivers the detail and colour accuracy you’d expect from a Surface display.

On the audio side, the Surface Laptop Go 2 included what Microsoft calls “omnisonic” speakers. These are located under the keyboard, with most of the sound emitted from just above the keyboard. I wouldn’t call the audio they produce room-filling, but it is impressive for a device of this size.

Voice-based content is crystal-clear, while most music has impressive detail and a nice hit of bass. It’s particularly suited to slower songs, with a tendency for some distortion at higher volumes.

Far-field studio microphones are located either side of the webcam, and they make for a great video calling experience. Even with lots of traffic in the background and a fan running, the only thing you could hear was my voice.

The Surface Laptop Go 2 might be smaller than most laptops, but there’s still room for a full-size keyboard. It stretches almost to the edges of the device, allowing for a comfortable typing experience.

There are thinner laptops out there, but what you get in return is an impressive 1.3mm of key travel. I could happily type on this keyboard all day, but things become much more difficult in low light. For some reason, the Laptop Go 2 still doesn’t have backlit keys – a standard feature on even budget machines. It might seem like a small thing, but it’ll change the way you use the device.

It’s even weirder when you consider there’s a bright light bar around the fingerprint sensor. It’s joined on the top row by your usual brightness and volume controls, plus a play/pause toggle and quick access to search and Settings.

Despite being a compact device, there’s still plenty of room to rest your palms either side of the trackpad. This is coated in the same soft-touch material as the keys, although there’s no option for an Alcantara finish here.

Still, the trackpad is impressively responsive and easy to use. It’s satisfyingly clicky, yet still allows for precise navigation. You might still want to connect an external mouse, but it’s not a necessity.

The Surface Laptop Go 2 has had a processor upgrade, but not to the latest 12th-gen Intel CPUs. Microsoft says this is with price in mind, so you’ll have to be content with the 11th-gen Core i5-1135G7 across all configurations.

It’s joined by Iris Xe integrated graphics and 8GB of DDR4 RAM on the model I tested, although the cheapest version drops the latter down to 4GB.

Performance from the Laptop Go 2 won’t blow you away, but it’s a solid all-rounder that will serve most people well. I used it for browsing the web, checking email, writing documents and keeping in touch with colleagues with no hesitations or slowdown. If you don’t mind the 720p webcam, it delivers a smooth video calling experience too.

But as you can see from the benchmarks below, many similarly-priced devices still perform better:

However, there’s one big caveat to all this: the device runs hot. Fans kick in almost immediately after you start using the Laptop Go 2, and it starts heating up after a few minutes. There’s no noticeable drop-off in performance, but using a device that’s consistently warm to the touch is unsettling at times.

In terms of storage, you can choose between a 128GB or 256GB SSD on the Laptop Go 2. The former will be fine if you regularly use a cloud storage service or back up to an external hard drive, but the $100/£100 premium for a 256GB SSD is slightly excessive.

41Wh batteryDecent battery life, but not all-day39W charging on the slow side

Before using the Surface Laptop Go 2, battery life was my biggest concern. It has just a 41Wh cell, far significantly smaller than you’ll find on many laptops. While it doesn’t quite deliver all-day battery life, it does last longer than I was expecting.

In our 720p video loop battery test, I recorded exactly 10 hours. That was with Wi-Fi turned off and the brightness set to a relatively low 120 nits, but with battery saver mode turned off.

Realistically, you’re looking at around seven or eight hours of typical usage. A full working day might be out of reach, but most people won’t be away from a power source long enough to make it an issue. Using the device for a couple of hours on the train isn’t a problem.

When you do run out of charge, there’s a 39W adapter included in the box. When connected via the awkward Surface Connect port, it reached 38% in 30 minutes from off. By 90 minutes it hit 93%, but a full charge takes almost two hours.

However, the Laptop Go 2 can receive power at up to 60W via either of the USB-C ports. If you have a suitable charger available, it’s worth seeing if you can get faster speeds.

Runs Windows 11 HomeWorks well on 12.4in touchscreenWill get regular updates for many years

The original Surface Laptop Go shipped running Windows 10 in S mode, but that’s not the case here. On the Laptop Go 2, the full version of Windows 11 Home is installed out of the box, reflecting its more widespread appeal.

As Microsoft makes Windows, there are no extra tweaks or other software to talk about here. But Windows 11 is well-optimised for the 12.4in display, and it’s getting better as an operating system for touch.

Despite not having the latest CPU, the Surface Laptop Go 2 will continue to get software updates for many more years to come.

Interestingly, the Surface Laptop Go 2 is slightly more expensive in the US, but cheaper in the UK. It starts at $599.99/£529, but that only gets you 4GB of RAM and no fingerprint sensor.

So, while that starting price technically makes it a budget laptop, most people will be spending significantly more. It clearly can’t rival flagship machines, but it’s an excellent option for students.

But if you’re set on a Surface device, your main decision will be between this and the Surface Laptop 4. The latter is regularly discounted these days and often available for a similar price.

That diminishes the Laptop Go 2’s value somewhat, but it remains a great buy for many people.

The Surface Laptop Go 2 is a cautious upgrade from Microsoft, but it performs well in several key areas.

Despite opting for older 11th-gen Intel chips, performance is still strong across all everyday tasks – although it does run hot. The 12.4in touchscreen is almost as good as flagship Surface devices, while the premium design and build are still here. Battery life is solid, while it’s impressively portable at just 1.1kg.

But with just 4GB of RAM and no alternative to manually entering a password, the cheapest model isn’t worth buying for most people. You’ll need to spend at least $100/£100 more to get the full experience, at which point there are plenty of similarly-priced alternatives. 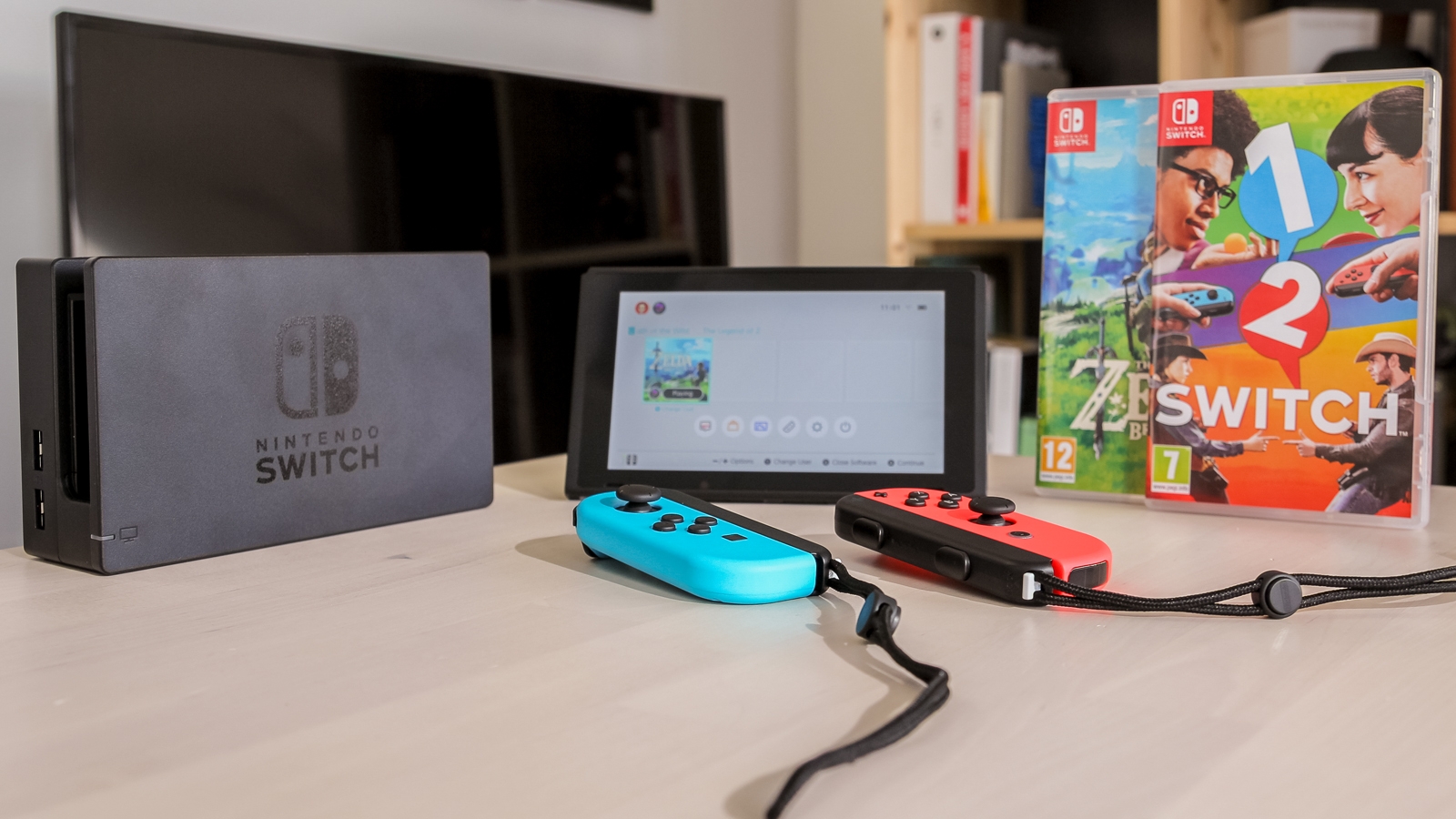 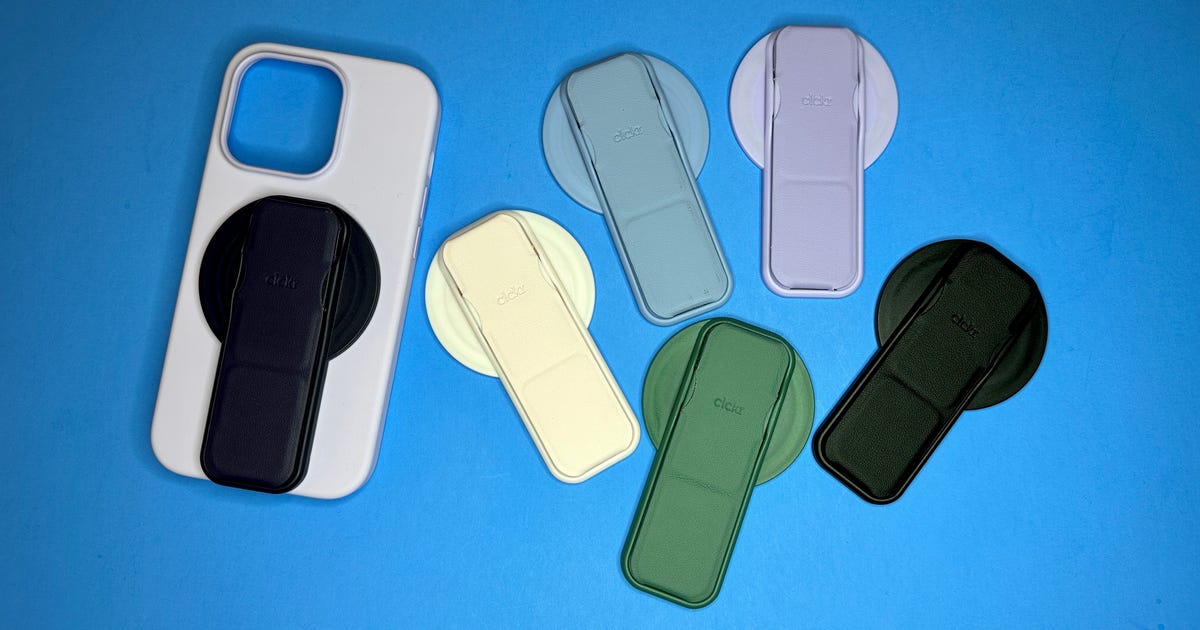 My Favorite MagSafe Accessory Is on Sale For Black Friday, But There’s a Catch 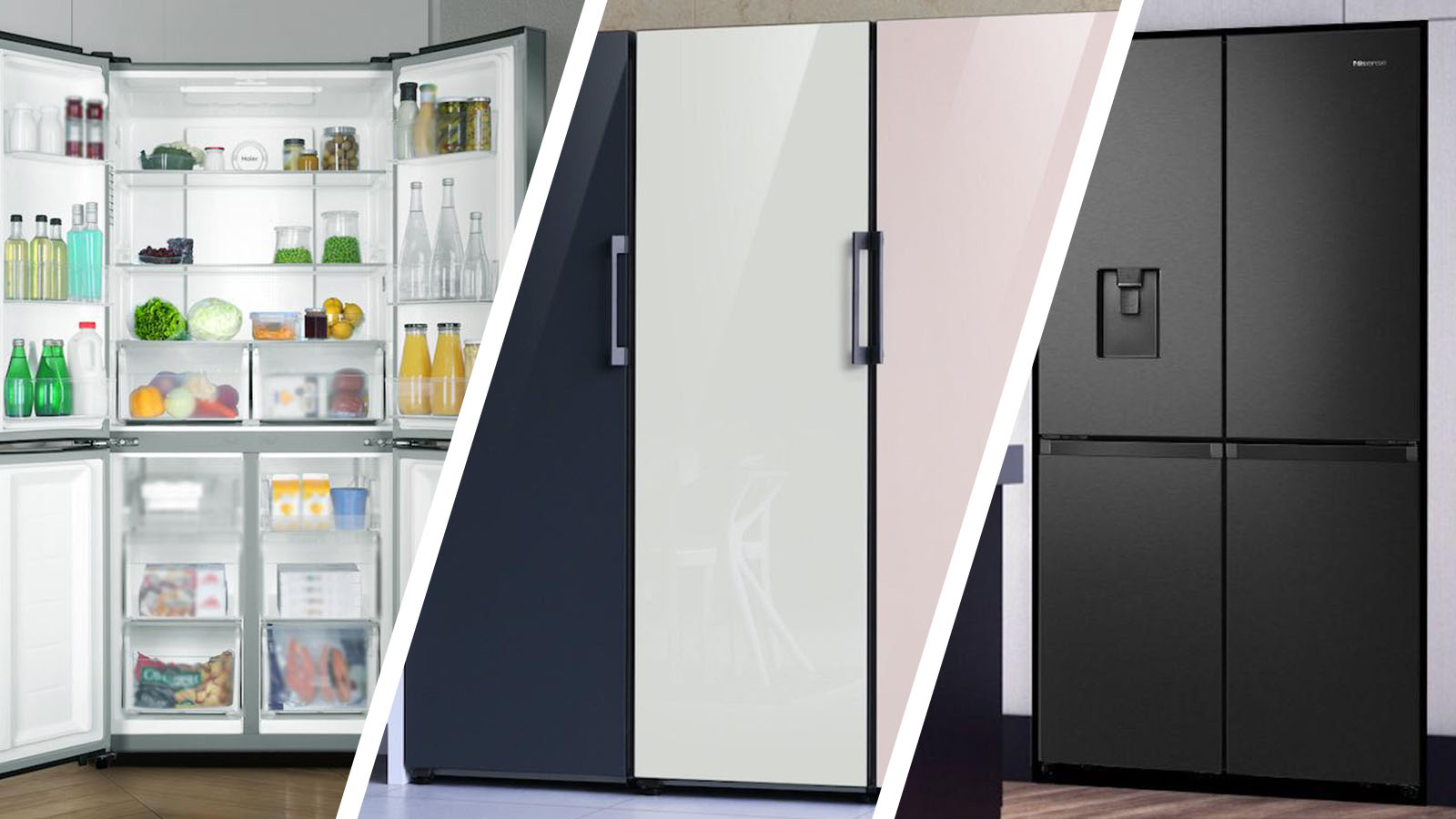