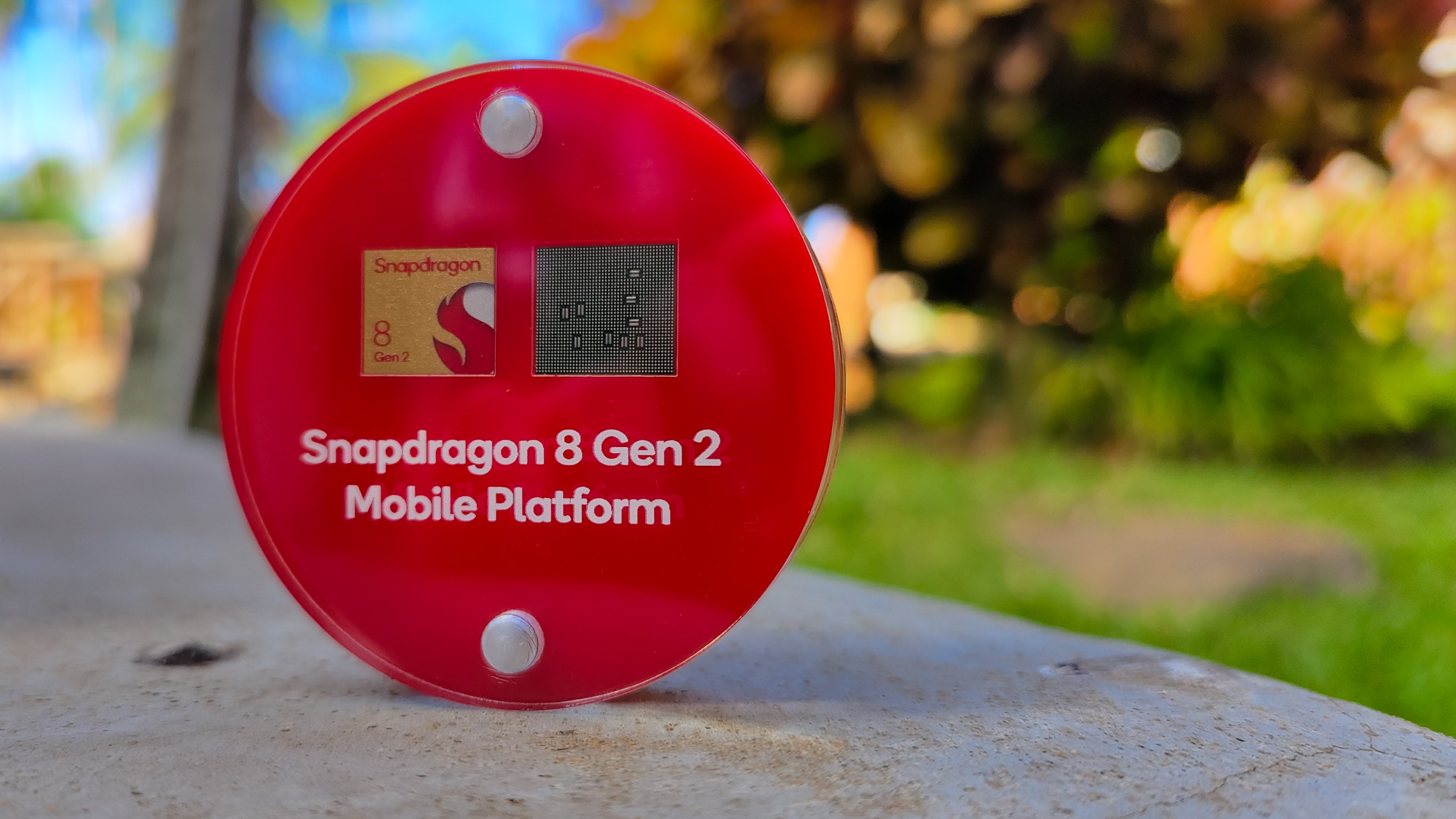 Qualcomm has unveiled the Snapdragon 8 Gen 2, the premium smartphone chip likely to power the majority of Android flagship phones for the next 12 months.

The announcement comes just days after rival MediaTek announced its Dimensity 9200, and like that chip the 8 Gen 2 uses the latest Armv9 core architecture, hardware-enabled ray-tracing, and Wi-Fi 7 support – all built on the 4nm TSMC node.

It’s big news for the phone industry, but if you don’t know your silicon from your sensors then here’s why it matters – and how the 8 Gen 2 compares to its biggest rival.

The first thing that matters about any phone chipset is, well, the phones it’ll be in.

Luckily Qualcomm came prepared, announcing that the Snapdragon 8 Gen 2 will appear in phones from at least 17 manufacturers, including the likes of Xiaomi, Sony, and Oppo – the latter of which has confirmed it will use the chip in its next Find X flagship, presumably the Find X6.

That’s not even including Samsung, with which Qualcomm has already signed a global deal to provide the chips for the Galaxy S23 series. Those phones aren’t officially confirmed to use the 8 Gen 2 chips, but really it’s all but certain.

There won’t be long to wait either, with the first phones “expected to be launched” by the end of 2022. The Vivo X90 series launches in China next week and will likely use the 8 Gen 2 in at least one model, while Xiaomi 13 series is also tipped to arrive this year with the 8 Gen 2 inside. Other phones including the Oppo Find X6 and OnePlus 11 are likely to turn up in early 2023.

The list of manufacturers is a show of force by Qualcomm, especially when compared to the Dimensity 9200 launch the week before. So far only Vivo has officially confirmed it will use the MediaTek chip, suggesting Qualcomm has an early headstart in the race to power 2023’s biggest phones.

2. Qualcomm has changed its silicon style

The 8 Gen 2 is in many ways similar to the 8 Gen 1: like that chip it’s built on a 4nm process using Armv9 architecture.

Dig into the Kryo CPU a little further and things begin to look different though. For one, the chip was built on TSMC’s 4nm node, widely regarded as superior to the Samsung foundry used last year.

It also uses the updated 64-bit Armv9 cores from this year, but more importantly fits them into a new configuration.

The eight CPU cores are led by a Cortex-X3 prime core, clocked at 3.2GHz. The X3 is joined by four 2.8GHz performance cores, up from the three used in both last year’s 8 Gen 1 and MediaTek’s Dimensity 9200. Even more curiously, they’re split between two pairs of the new Cortex-A715 and the older A710 – a move to ensure compatibility with 32-bit apps that would otherwise be left behind by the new 64-bit cores.

With four performance cores, there’s only space for three 2.0GHz Cortex-A510 efficiency cores. The shift to prioritise performance could help the 8 Gen 2 deliver rock-solid gaming and ace benchmarks – Qualcomm says the chip is up to 35% faster than last year’s – but the big question right now is whether it will worsen the issues with overheating and bad battery life that plagued 8 Gen 1 phones.

Qualcomm seems to think that won’t be a problem, claiming that despite the re-arrangement the Gen 2 still has 40% better power efficiency than the 8 Gen 1. In fairness the company improved on the problems significantly with this summer’s refreshed 8+ Gen 1, so hopefully that progress has been built on, rather than undone.

3. It supports real-time ray-tracing (for real this time)

Speaking of gaming, Qualcomm’s GPU upgrades should help out here too.

While last year’s flagship phones could use software to power a rudimentary version of the latest graphical trend, which simulates individual rays of light to improve reflections and shadows, the 8 Gen 2 features hardware dedicated to the purpose. That should improve both performance and power-efficiency, and it’s the latter where Qualcomm sounds confident it has the edge.

How much it helps will ultimately depend on how many games build in full support for the feature, but Qualcomm is partnering with Tencent and other publishers to speed up adoption. It also says gamers can expect 25% faster graphical performance across the board, so there’ll be improvements in almost every game one way or another.

MediaTek may have beaten Qualcomm to it with last week’s ‘Wi-Fi 7 ready’ Dimensity 9200, but it’s no surprise to see the next-gen connectivity standard feature here too.

Like the 6E standard before it, Wi-Fi 7 uses a third 6GHz band – to go along with existing 2.4Ghz and 5GHz options – which reduces network congestion, enabling both faster speeds and more reliable connections.

There’s only one catch: Wi-Fi 7 hasn’t officially been certified yet, and the actual routers don’t exist yet. But they should roll out across next year, and when they do the next generation of Android flagships will be ready.

5. Everything has AI – even the camera

Qualcomm has always emphasised AI and machine-learning performance, but this year that might be true more than ever.

The heart of the AI upgrades is the support for the INT4 standard on the core Hexagon AI chip, which allows not only for more efficient AI processing by running 32-bit models at lower bit-depths without loss of accuracy, all the way down to 4-bit – hence the name. It should make AI processing more power-efficient, but also faster, with the ability to run more machine learning processes simultaneously.

But Qualcomm has upgraded the AI almost everywhere, perhaps most importantly in the new ‘cognitive ISP’ (image signal processor). That gives phones’ cameras access to hardware-enabled AI features – like splitting an image out into separate objects and layers to optimise each separately – that would normally only be handled through post-processing.

The result is that the viewfinder in your camera app should now show you the shot you’re actually going to get, ending the guessing game of wondering how your photos will really come out. Video capture should get much better too, with all those AI tweaks applied in real-time as you film, while the AI processors will also kick in to improve facial recognition and auto focus.

Some simpler AI features will also kick in with the ‘always-sensing camera’, introduced with last year’s 8 Gen 1 and upgraded here. It can stop showing notifications when it detects another face in front of the phone to protect your privacy, recognise the orientation of your face to stop the phone switching between portrait and landscape when you don’t want it to, and even scan QR codes without the need to wake the phone up first.

The 8 Gen 2 was announced at Qualcomm’s annual Snapdragon Summit, which continues tomorrow, with more announcements and reveals likely on the way.

Look out for the first 8 Gen 2 phones later this year and through 2023.