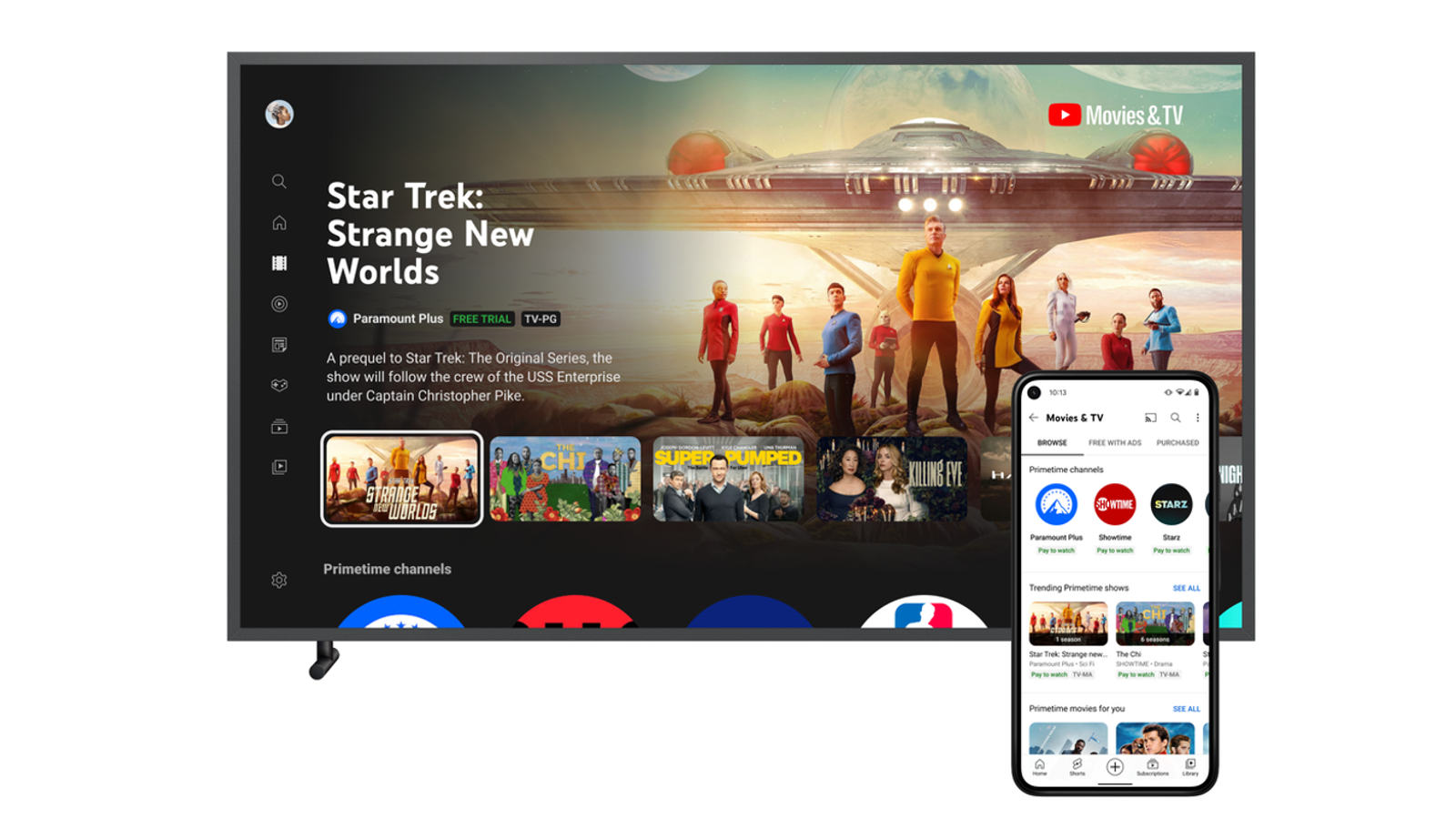 YouTube is looking to encourage people to sign up and pay for streaming services directly within its app.

The entertainment hub has, for a long time, offered the option to rent or buy movies and series in addition to watching all the free user-created content.

But now, with the launch of Primetime Channels, you can add a variety of popular streaming services and log into them using your Google account. One benefit, then, is that it eliminates the need for lots of different accounts with different login details.

Primetime Channels includes over 30 streaming services such as Paramount+, Showtime, Starz, Epix, AMC+, ViX+ and others. This means that you can use YouTube to watch the likes of Star Trek: Picard and Spider-Man: No Way Home, providing you sign up to the Primetime Channels that they are available on.

Notable absences, though, are Netflix, Disney+, HBO Max and Hulu.

The other big benefit is that you can use a single interface to search for things to watch and not have to try and remember which shows are on which service and open the right app.

Primetime Channels, then, is effectively the same as Amazon Channels within Amazon Prime Video, which has allowed Prime subscribers to add extra subscriptions such as Discovery+ for a while now.

Similarly, YouTube’s new feature means you can keep the billing for all subscriptions all in one place in your Google account.

To see what’s on offer, you can head to the YouTube Movies & shows hub. Content on these platforms will also appear in YouTube search, recommendations and the homepage. You can even leave comments on episodes and movies, just like a standard YouTube video.

You’ll know if a film or series is part of a Primetime Channel if the green ‘Pay to Watch’ button comes up beside it. If you’ve already got a subscription though YouTube for this service, then ‘Watch Now’ will display instead. You can see a demo of how to sign up below:

It’s worth noting that these subscriptions are separate from YouTube Premium, which allows subscribers to watch videos ad-free and download content. It’s also a separate venture from YouTube TV, which is a pricey subscription that includes several cable channels.

There is no financial benefit to signing up for services through YouTube than if you created standalone accounts, but the official screenshots show that the free trials that platforms offer are still available for new subscribers.

Currently Primetime Channels is available only in the US, but YouTube is planning on looking at international expansion in the future.

YouTube isn’t the only platform having a shake-up. Read up on how Twitter may soon be charging for verification.