A new month is here, which means New Releases is taking a wide look at the biggest games May has to offer. There’s a lot of variety, as the vocaloid crowd can get down with Hatsune Miku: Project DIVA Mega Mix, and Platinum Games fans can relive a cult-classic action game with The Wonderful 101: Remastered. That’s not the only re-release on the horizon, either: both Star Wars Episode I: Racer and Xenoblade Chronicles: Definitive Edition also launch in May. Last but not least, Minecraft Dungeons is ready to be explored.

The racing game you might have played a long, long time ago is back. It’s got modern controls, but you’ll still be racing across the same tracks as Anakin Skywalker, Sebulba, and more. There’s no online multiplayer, unfortunately, but you can race others via splitscreen or the Switch’s LAN connection. PS4 players will sadly have to wait a bit longer, as that version of the game has been delayed.

The latest in Miku’s rhythm game series is (mega) mixing things up. You can play through her songs with standard button presses in Arcade Mode or use the Switch’s Joy-Con motion controls in Mix Mode. There’s also a fun T-shirt maker for dressing up Miku with your personal designs. The Eshop demo is available now if you want a little appetizer.

Thanks to a successful Kickstarter campaign, Platinum Games’ cult classic is back, with an improved framerate, graphics, and controls. For those who missed out on the game the first time, here’s the gist: 100 superheroes can fuse together into giant fists, guns, and more to leap through levels, solve puzzles, and beat bosses. Physical copies of the remaster are unfortunately delayed due to coronavirus, but the May 19 launch date is locked in for the digital release.

It might have the look of Minecraft, but this spin-off is not about resource gathering and crafting. Instead, it gives you randomly generated dungeons to explore as you solve puzzles and fight box-shaped bad guys. There are no classes here since you can choose any gear you want, and you can explore with friends in four-player co-op.

Xenoblade Chronicles is a cult-classic RPG on 3DS, and now Switch owners are getting a chance to experience the story. If you’ve already played the original, there’s still something fresh for you too thanks to a new epilogue. Of course, the graphics and music have been greatly improved too.

May is just getting started, and there are plenty more games to come. Next week, we’ll revisit some previous releases like John Wick Hex and Void Bastards, both coming to new platforms. 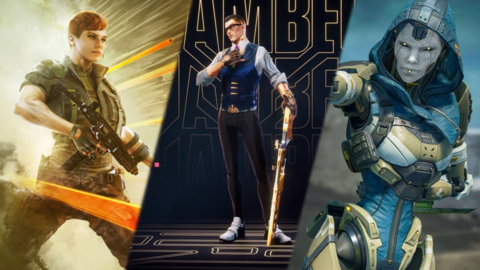