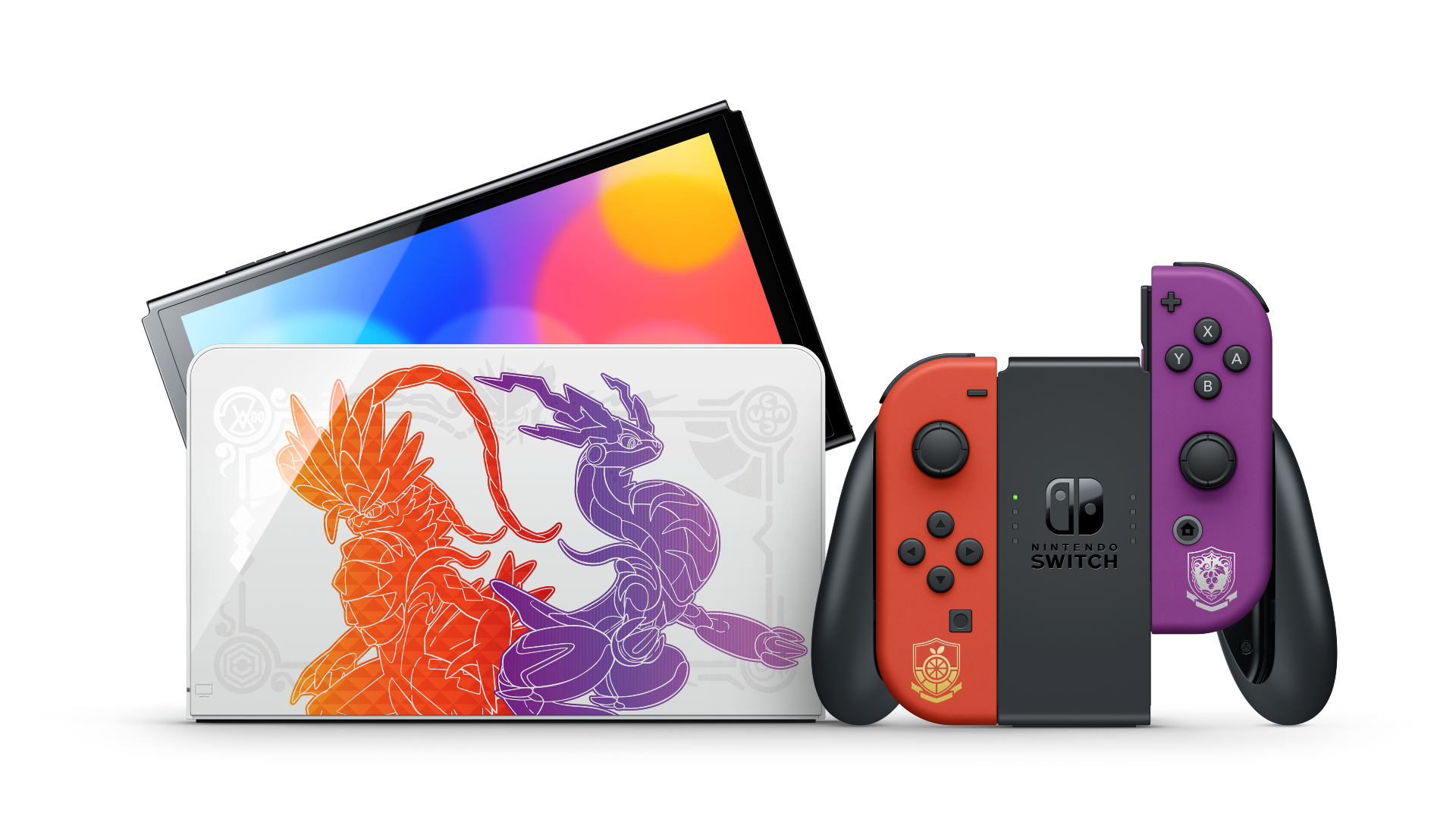 Pokémon Scarlet and Pokémon Violet both debut on the Nintendo Switch next month. To celebrate, Nintendo is releasing a limited-edition OLED console for all the serious trainers out there.

This new model comes with a silver dock with prints of the two new legendry Pokémon of the latest generation – Koraidon and Miraidon. The red and purple joy-cons will also match the colours of the prints.

The switch itself comes decorated with loads of new Pokémon in a graffiti style, like what we saw on the last special edition console for the launch of Splatoon 3.

If you would like to purchase this special edition version of Switch OLED, then we have rounded up everything you need to know. We’ve also rounded up all the best deals for the Nintendo Switch this month in the run-up to Black Friday.

When does the Nintendo Switch OLED Pokémon Scarlet and Violet Edition release?

You can get the Pokémon Edition of the Switch on 4 November 2022. This is around two weeks before the games go on sale.

Take a look at the full design of the console below:

How much does the Nintendo Switch OLED Pokémon Scarlet and Violet Edition cost?

The Nintendo Switch OLED Pokémon Scarlet and Violet Edition will cost $359.99 in the US and £319.99 in the UK, $10/£10 more expensive than the standard OLED models respectively.

It’s worth noting that neither Pokémon Scarlet nor Pokémon Violet come included with the console – these must be purchased separately. The games cost $59.99/£49.99.

Pre-orders are rolling out now for the new Pokémon Nintendo Switch – here is where you can buy it from:

Target (pre-orders sold out at time of writing)UK

Some retailers have confirmed that they will be stocking the console, but don’t yet allow customers to purchase. For example, Amazon’s product pages are live in the US and UK, but pre-orders aren’t yet available.

We will add in more links as and when they become available.